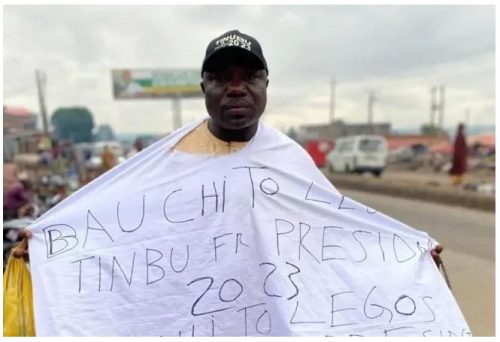 Usman Madaki, the 51-year-old man trekking from Bauchi to Lagos in support of Ahmed Tinubu’s 2023 presidential ambition, has arrived in Ilorin, the capital of Kwara.

Speaking with NAN before departing Ilorin on Wednesday, he said even though he has never met the All Progressives Congress (APC) presidential candidate, he is a big fan of the former Lagos governor.

Madaki, who is also an indigene of Bauchi, said he commenced the trekking on June 10 and planned to arrive in Lagos on Saturday (June 25).

He said he has faced a lot of challenges throughout the journey, which include what he suspects to be a kidnapping attempt between Kafanchan and Zangon Kataf.

He also said some people even mistook him to be a member of the Boko Haram group. He added that when they noticed he was not looking harmful, they escorted him out of the town.

“I want to meet Tinubu in Lagos to celebrate with him on his victory as the presidential candidate of the APC,” he said.

“I share the belief that he will be Nigeria’s next President. I like Tinubu, he is my godfather even though he doesn’t know me.

“I will be leaving for Oyo State today, I think it is not far like that.”

Man Calls Out Wande Coal, Gang For Beating His Brother 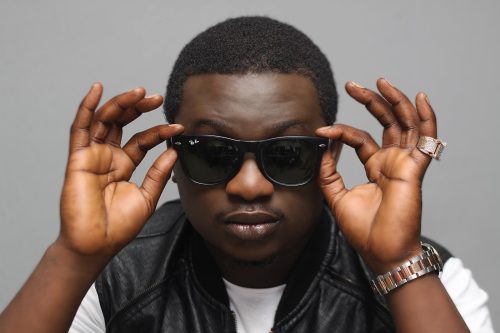 A Twitter user identified as Folarin has called out singer, Wande Coal and his gang for beating up his brother ruthlessly.

The livid younger brother, in a series of tweets on the microblogging app, called out the “Gentility” singer for daring to manhandle his brother unjustly.

According to Folarin, his elder brother was called out to get his car out of the way only for him to be attacked by Wande Coal’s gang upon getting to his car.

The embittered man vowed to ensure the singer and his gang pay for making his elder brother sob like a baby as a result of a severe beating.

“ My elder brother just called me subbing like a child because you and your gang beat him mercilessly simply because his vehicle was in your way.

“This bastard and his gang asked my brother to remove his vehicle so they could move, my brother obliged and went to get his car keys, as soon as he approached his car to open it, one of them slapped him before he could say anything else, another punched him.

“Never felt so livid in my entire life. My elder brother called me sobbing like a child. They’d beat him so bad he was crying so much. Who the f**k do you think you are?? @wandecoal

“My brother is sobbing with a swollen face and black eye. All because of what???? My brother is the most easy-going person I know. Always avoids trouble, so I’m pretty sure he did absolutely nothing to warrant getting treated like that

“Walahi you won’t get away with this @wandecoa,l” Folarin tweeted.

Why I Fought Larrit In Public – Mercy Aigbe 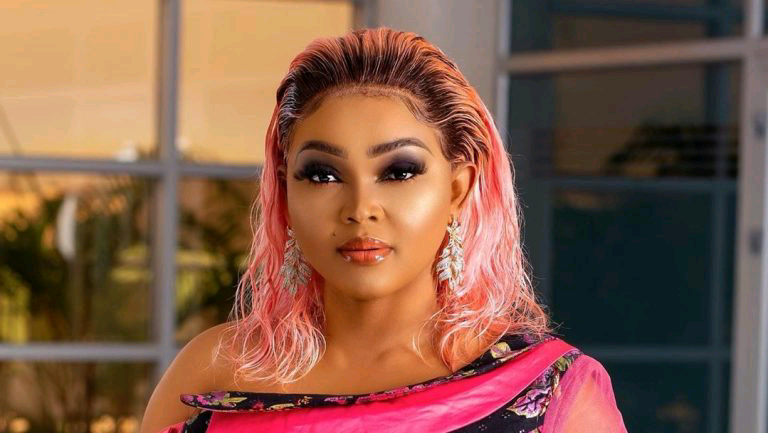 Nollywood superstar actress, Mercy Aigbe, has revealed the reason behind her public altercation with Omolara Olukotun, a Lagos businesswoman popularly known as Larrit.

Aigbe took to her Instagram stories on Monday, to narrate what transpired at the event.

“I was at a friend’s store opening (@rhemmygold) to celebrate with her. Larrit was one of the guests,” she wrote

“This woman, for reasons best known to her slanders me online at every opportunity she gets. She has done many live videos and posts to this effect. I tried to reach out to her to understand what the issues were, but she chose to ignore me.

“Lara and I are acquaintances. I have patronised her business and she also has done likewise. So I was surprised and confused how she suddenly became an enemy. I sent messages to her on WhatsApp, I called few people close to her to understand why she would decide to become an antagonist, all efforts proved abortive.”

The actress also claimed that Larrit also continued the beef at the event despite several requests from other attendees to stop.

“At the party yesterday, she started with the same energy, throwing words at me, calling me names and being disrespectful. Initially, I kept calm, and didn’t respond to her. People around her appealed to her to stop, yet Lara wouldn’t stop and so decided to stand up for myself and I retaliated with the same energy.

“It became heated and everyone around tried to broker peace, but she still wouldn’t stop. At some point, she tried to throw a bottle at me but it hit a lady sitting in front of her and there was pandemonium. I stepped out to leave in the middle of the brouhaha but my friend pleaded with me to stay including the celebrant. I went back in and she started attacking me verbally again. Eventually, she was taken out of the party, and she left.

“She went overboard with her hate yesterday. The bottle could have harmed someone and it would become a criminal case. This was an unnecessary attack. However, I would like to apologise to fans and family who felt I should have handled the whole situation differently. I’m sorry,” she wrote.

The said squabble happened at a star-studded event on Sunday in which Nollywood actresses such as Iyabo Ojo, Eniola Ajao, and Bimbo Thomas were in attendance.

In videos making rounds on the Internet, the duo got into an argument that escalated after Larrit threw a bottle at the actress.

Aigbe was later escorted out of the event amidst a crowd by police officers. 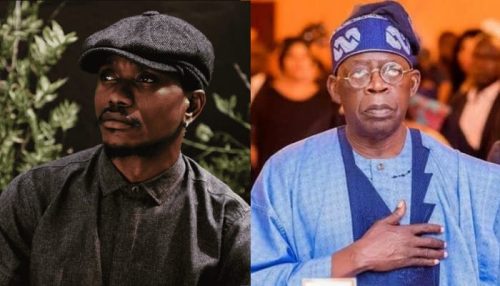 Famous Nigerian musician, Brymo took to his Twitter page to openly show support for APC’s presidential aspirant; Bola Tinubu ahead of the 2023 election.

According to him, Tinubu has the wherewithal to generate a working blueprint for the country.

It all began when a Twitter user simply identified as Ochikolota Umunwanyi said: “This Jagaban candidacy has truly helped me see that so many Nigerians actually don’t care about purposeful or diligent leadership.”

Corroborating Umunwanyi’s tweet, Brymo responded: “Yet… he’s the one with a plan, we all know that… Let a city boy be president for once!.. never met the man, or anyone who represents, or is acquainted with him, or even his relations and political affiliates – and if we stopped trying to kill them off for being old.”

Another Twitter user with the handle @opsoniteblue in response to Brymo’s tweet asked; “Have you seen the plan? What is a “city boy”? Abi na kpeff dey talk?”

Responding, the controversial singing sensation wrote: “About having a Plan; You live in what town ?.. I live in Lagos.. Yh! City Boy.. It is like Lagos moving into aso rock, it is guaranteed to work!.. even if looting is rife it’ll still be the best presidency yet.. On God!”

In subsequent tweets, the 36-year-old singer buttressed his desire to see Jagaban rule as he noted he had the right to pick a candidate being a citizen of Nigeria.

More importantly, Brymo unequivocally stated that Tinubu possessed a blueprint that will certainly work in transforming the country while challenging the citizens to give him a chance.

He added: “You may be trying for God knows why, I am just looking for the best options there are, something to bridge the aspirational divide.. and it is my country as well, I have natural rights to pick a candidate and speak for why!!.

“Wait!.. you don’t want to find out if truly there’s a blueprint for even future infrastructure in this city…like you wouldn’t like to have proof of all you heard of the man and this city ?..wouldn’t you like for someone to curate a working blueprint for this country ?.. I do!”