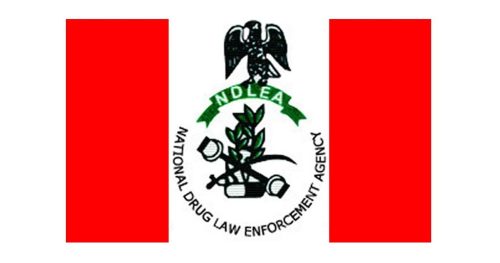 Femi Babafemi, Director, Media and Advocacy, NDLEA, made this known in a statement on Sunday in Abuja.

Babafemi said that the suspect, who was arrested on Aug. 3,  was caught with 5.1kg cannabis Sativa, at the time of his arrest.

He also said that a 37-year-old indigene of Ovia Local Government Area (LGA), Edo State,  and resident in Italy; Solo Osamede, had been arrested for drug trafficking.

Babafemi said that the suspect was arrested for ingesting 41 wraps of heroin at the Murtala Muhammed International Airport (MMIA) in Lagos.

He said that the suspect was nabbed and taken into custody for excretion, while attempting to board a Turkish Airline flight to Milan, Italy, via Istanbul, Turkey on July 30.

“The swallowed wraps of the illicit drug were recovered in four excretions, which the suspect completed on Aug. 1,” he said.

In the same vein, a female passenger, Jatau Lami, was arrested at the Lagos Airport for attempting to export 1,700 tablets of Tramadol 225mg.

Babafemi said that the consignment was concealed in her luggage to Istanbul, Turkey, via a Turkish Airline flight on July 31.

He said that preliminary investigation revealed that the suspect, a mother of three, hailed from Zango Kataf Local Government Area  (LGA), Kaduna State, and lives in Istanbul, Turkey, with her family.

“She blamed her action on pressure to raise N5 million ransom to free her mother from the captivity of bandits who kidnapped her since June,” he said.

Babafemi said that the NDLEA operatives have also thwarted the attempt by some freight agents at the Skyway Aviation Handling Company (SAHCO) export shed of the airport,  to export two consignments of cannabis in a consolidated cargo to Dubai, UAE, on Aug. 4.

He said that a follow-up operation led to the arrest of two persons, Oladipupo Fatai and Animashaun Qudus, while two others were still at large.

“The exhibits were found in a delivery bus coming from Onitsha, Anambra, and heading to Abuja. Follow-up operation in Abuja the same day led to the arrest of Jude Ikenna and Ozoemene Cornelius,” he said.

“In Enugu, 143.5kg cannabis Sativa was recovered from locked-up stores in the new market area of the state capital on Aug. 6.

He said Marwa charged them and others across the country to remain focused and vigilant.