This is cheering news for enterprising and innovative Kayode Alfred, the celebrity journalist-turned designer, as he is fast carving a niche for himself among fashion buffs.

Come this December 3rd, he will officially launch the epoch-making Aristocrat Clothing Store and the unveiling of new collections.

The event holds at Vikay House, located at 38 Odusami Street, Ogba-Lagos, and promises to be the fashion event of the out-going year.

It will feature the biggest fashion runway of all time, alongside music, comedy and other entertainment condiments that will wow all attendees, which will include and not limited to Nollywood veteran actors, Richard Mofe Damijo, Saidi Balogun, Faithia Balogun, many top socialites, corporate big boys and girls who are believed to be fashion buffs.

Aristocrat will also be spicing the event with the introduction of Aristocrat Woman, which will readily complement that of the male stock.

Kayode is fully poised to tame the pedestrian and largely formulaic fashion culture that Nigeria has become accustomed to. And he is doing so with unprecedented verve, enlightenment and innovativeness.

The Aristocrat brand is partnering with the top of the range fashion outfit, Twice as Nice, one of the leading fashion companies in Nigeria to sell Aristocrat casuals and face caps.

The fashion industry, let’s tell you at no price, is replete with many innovations, and that vacuum is what Aristocrat has come to fill with all verve and tenacity.

Ever since the outfit launched out not too far back, it has continually remained in the consciousness of those who like to look good.

This could be the culmination of a passion that enterprising and innovative Kayode Alfred has long had since he was in school, and this passion is now rearing its head, going by the number of corporate guys who now besiege his upscale outfit in his modest Omole Phase 1 stable, where he churns out beautiful and cute outfits for his largely elite clientele.

The consistent patronage he enjoys from them is enough to comfort to him. He does not even have to start mouthing off or revealing their identities, as some of them are quite reserved about such issues.

Hence unlike most fashion designers who derive their kicks and leverage from revealing the identities of their celebrity clientele, the celebrity journalist and Aristocrat boss serves his clientele, according to their preferences.

ARISTOCRAT is versatile in the making of shirts, casuals for men and women, Kaftan, snapback caps, and the traditional Yoruba Agbada outfit. 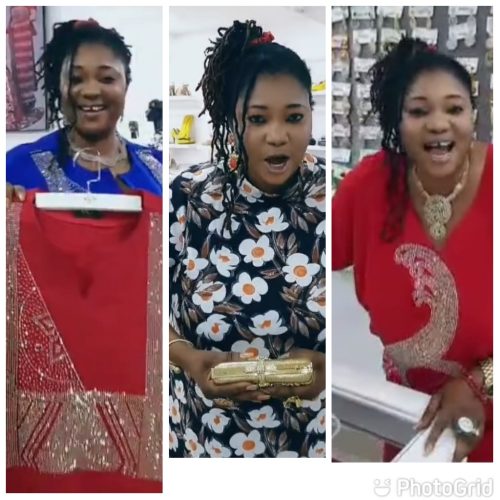 A statement from the fashion outfit noted that the store will be offering its numerous customers the best fashion deals of the season ahead of the yuletide from Friday 26 November to 29 November.

Kiki Okewale, style icon and CEO of the eponymous fashion brand, noted that this year’s Black Friday falls on November 26 but KO Ready-To-Wear will be hosting a three-day shopping extravaganza tagged E Choke!!!

“Handily, Black Friday falls just before the countdown to Christmas, so it’s a great opportunity to get a head-start on your wish list,” Okewale stated.

“For our ‘E Choke’ Black Friday Sales, everywhere will be jolly because shoppers will have so much to save up to 50% discount. This means that they have the chance to buy at half price. And if this one ‘no choke’, I don’t know what else will choke for black Friday.

“From quality fabrics, seasonal wardrobe essentials, hard-to-find designer handbags and jewelry, whatever you are hunting for, our fashion store ticks plenty of boxes and there’s no better time to snap up a bargain.

“It’s never too early to start crafting your Black Friday wish list —even if the discount season is just some days away. You can shop up to 50 percent off thousands of items, and the discounts will only get better closer to the big day,” Okewale said.

It will be recalled that all through the month of October, the fashion retail outfit hosted an ‘Ember To Remember Sales’ where it offered numerous customers huge discounts plus free gifts on all items purchased in the store.

Okewale’s distinctive stock and creations have seen her shoot to the top of the fashion and clothing business in Nigeria within a short period of time as she boasts of several of Nigeria’s women of class and elegance as clients. 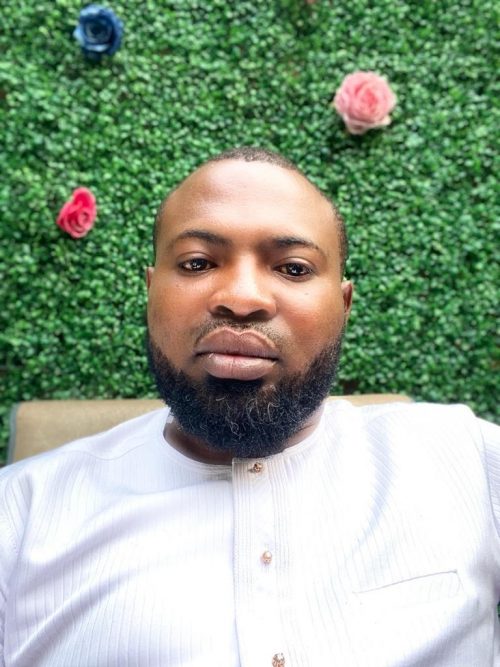 The year 2020 is on its last legs and what an eventful year it has been! From one bind to another, the months have unraveled themselves to the average person’s displeasure. All that is yesterday’s news. Kayode Olanshile Alfred, renowned journalist and fashion habitué, has resolved to coloured the end of the year in his signature style and sophistication.

On November the 15th, Kayode Alfred is hosting a launch to kick off the operations of his Aristocrat Flagship store, Aristocrat Institute, and a laundry and dry cleaning service company.

Among those reported to be in the list of kahunas at the opening are political engines like Governor Babajide Sanwo-Olu and Otunba Bimbo Ashiru; celebrated pillars of the society like Tokunbo Wahab (the Special Adviser to Governor Sanwo-Olu on Education), Dr. Tunde Okewale (the founder of the prominent charity organization, Urban Lawyers), and Sijibomi Ogundele (Real Estate genius and face of Sujimoto); as well as Nollywood icons, Richard Mofe-Damijo and Kunle Afolayan.

These first-row guests are well known for their high bearing in the Nigerian society, a status that has not dimmed even a bit by their subscription to an aristocratic style of dressing. Thus, Kayode Alfred’s launch will hit the ground running.

Sure to be an eventful day, Kayode Alfred is reportedly using this avenue to lay a foundation for the coming year, during which his Aristocrat brand will permeate the nooks and crannies of the fashion industry, raising the bar and marching his contemporaries onward.

It is this progressive mindset and a creative sense that sparked the interest of the Prestige Excellence Award, earning Kayode Alfred the Innovative and Outstanding Designer of the Year 2019 award.

So November 15th is the date of the convention for aristocratic style and sophistication, and every other thing that Kayode Alfred is renowned for. 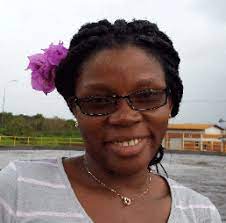 Style by Zenith 2.0 will hold on the 29th of November till 1st December, 2019 at the Eko Energy City (By Eko Atlantic) Ahmadu Bello Way, Victoria Island Lagos. To register, simply visit www.zenithbank.com/style