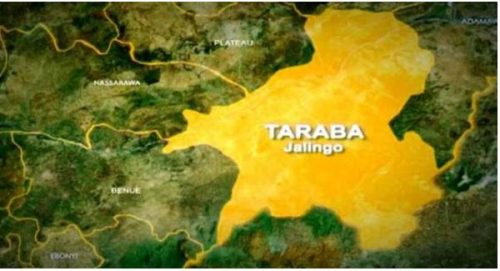 Bandits on Sunday night attacked and killed three persons while scores were reportedly abducted by the attackers in Bali town, the headquarters of Bali Local Government Area of Taraba State.

Several sources in Bali said that the attackers who rode on motorcycles attacked and killed a personnel of Taraba Marshall at a checkpoint near General Hospital before proceeding to individual houses to kill and abduct people.

The Tiv central leader and Chief of Tiv in Bali, Zaki David Gbaa (Ter Tiv Bali II) told our correspondent that two of his subjects were killed and scores, mostly women, were abducted in the attack.

“The attackers invaded the town at about 11: pm. Two of my subjects were killed in the attack, and two others who were badly injured are receiving treatment in the hospital.

“Many people, especially women, were abducted. It’s a terrible situation and I want to call on the government and security agencies to sit up and ensure the protection of the lives and property of citizens.

This is even as the traditional ruler called on the government to support the injured who are receiving treatment in hospitals.

The attack came barely three days after bandits blocked the Mutum-Biyu- Garba Chede road killing a driver and abducting passengers in the neighboring Gassol Local Government area of the State.

Efforts to get the Police to react to the attack failed as the Taraba State Police Public Relations Officer, Abdullahi Usman, did not pick up calls made to his line.

But a police officer in the Taraba State Police Command told our correspondent that the PPRO was attending a security briefing.