The People’s Democratic Party (PDP) should come clean and tender an unreserved apology to Nigerians for their disastrous 16-year rule that has left the people pauperised and traumatised.

The Media Aide to the Chairman of the All Progressives Congress (APC), Segun Dipe, made the call today in a statement in Abuja.

“Due to PDP’s perfidy, our country’s resources were stolen and opportunities frittered away. But instead of being contrite, the PDP is arrogantly putting itself up as the alternative to a government that is barely one year in office and has inherited a totally ruined economy. This is brazenly irresponsible, ” the statement said.

It said it was just as well that the PDP has not even been able to reposition itself to provide robust opposition to the APC-led Federal Government, adding that PDP’s lack of patriotism, recklessness and outright wickedness towards the ordinary Nigerians have finally caught up ‎with the disgraced former ruling party.

“What the nation can now testify to is that the only thing that united the PDP was their singular commitment to milking the resources of this nation dry, as evident in all the corruption cases that have now been exposed.

“The PDP cannot therefore expect to move on without first taking responsibility for their shameful conduct and ignominious behaviour. The starting point in their long journey to rehabilitation is to apologise to Nigerians

“It is immoral, insensitive, unconscionable and unacceptable for the PDP to hire spin doctors to reel out some figures of GDP growth in their time that never impacted positively on the Nigerian people. Our advice to the party chieftains is that the time is now for them to look Nigerians in the eye and say, ‘we are sorry’,” the statement said.

‎It said the arduous work of rebuilding our nation, recaliberating our value systems and creating a wide gulf between the sense of right and wrong must continue to be prioritised, as this administration is doing, and Nigerians must, as they did at the polls, unanimously condemn and reject PDP’s past, and it’s continuing desire to completely and finally destroy the fabric of our society and our shared humanity. 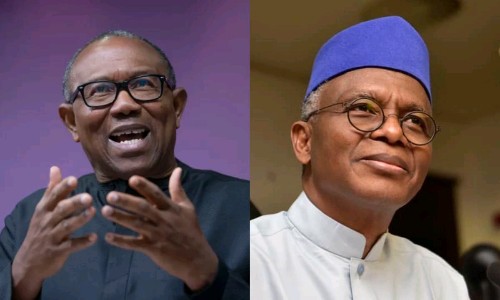 The presidential candidate of the Labour Party, LP, Peter Obi, has reacted to the statement by the Governor of Kaduna State, Nasir El-Rufai, that he should focus on Nollywood instead of running for presidency.

The former Anambra State Governor said he would work hard to improve on the Nollywood industry.

Recall that El-Rufai had while featuring on the Channels Television’s programme over the week dismissed Obi’s chances in the forthcoming presidential election.

El-Rufai also claimed that Obi wouldn’t score more than 1% in Sokoto and 2% in Katsina States, respectively.

However, Obi said he would focus on the Nollywood if elected president, calling on Nigerian actors to support him since El-Rufai had tagged him as one.

He said, “I thank El Rufai for what he said, at least he gave me some percentages; I’ll work hard to improve on that. The Entertainment Industry is one of the engines that will develop us as a Nation, I’ll focus on that and Nollywood.

“And since he said I’m an actor, I’m calling on all those in the entertainment industry, including Nollywood, to support me.” 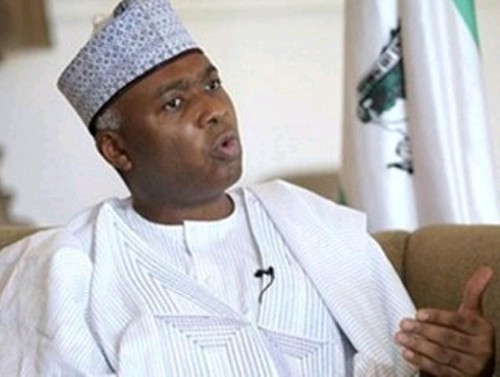 While speaking in an interview on Arise Television on Wednesday, el-Rufai accused Saraki of frustrating the constitutional amendment agenda of the All Progressives Congress (APC) to restructure the country when he was senate president.

Olaniyonu said the Kaduna governor is “fond of making excuses and trading blames to explain his failure and that of his party”.

He said it’s been years since Saraki left office and “within the period el-Rufai and his party have the Senate President they want and the type of Senate they want, yet they have not done anything to restructure Nigeria”.

Olaniyonu asked el-Rufai to “tell Nigerians if Saraki is also the one that is responsible for the high level of insecurity which has escalated from just the north-east to a menace that has now engulfed the whole of Nigeria under the APC administration”.

“We need him to tell Nigerians if the former Senate President is responsible for the collapsing state of the economy, spiralling inflation, huge cost of living, extremely low standard of living across the country, endemic poverty in the land, the foreign exchange rate that has moved from N200 in exchange for a dollar to N740 to a dollar, the high level of youth unemployment, the high rate of oil theft, the alarming rate of borrowing by the government, high rate of disunity among the component units that make up the country and other ills bedevilling the country under the APC administration,” he said.

“El-Rufai claimed he and his party prepared a report on restructuring and engaged with the National Assembly leadership to amend the constitution in 2018 when as of February 2016, more than two years earlier, the 8th National Assembly had commenced the constitution amendment process by setting up committees in both chambers. Members of the committees traversed the entire country and came up with reports and draft bills.

“By 2018 as El Rufai mentioned, President Muhammadu Buhari had commenced assent to constitutional amendment bills. Out of the 32 Constitution Bills considered by the National Assembly, 24 secured the required number of votes on the floors of both chambers. Also, when the 24 were sent to the state Houses of Assembly, only 12 bills got the required votes.

“This same El-Rufai was one of the governors that frustrated the passage of most of the bills by state Houses of Assembly. Eventually, the President assented to five of the 12 Bills submitted to him in 2018 and refused to sign seven others.

“Even then, it will be interesting to ask the Kaduna State Governor how his state has implemented important restructuring Bills passed by Eighth National Assembly headed by Saraki that have been signed into law like the Financial Autonomy for State Legislature and Judiciary Act.

“If the APC was elected into power in 2015 and El Rufai and his cohorts were talking about amending the constitution to implement restructuring three years later when the government had less than a year to the end of its tenure, the restructuring agenda must be an after-thought or a less important one on the hierarchy of issues on the APC’s plate.”

Olaniyonu added that el-Rufai has “now become the spokesperson of a failing presidential campaign as he struts from one television station to the other, making vile threats, throwing abuses, and spewing lies. The day of reckoning will soon be here. Nigerians will surely not reward failure or buy cheap lies”. 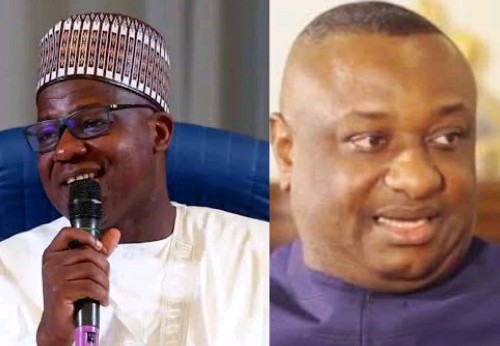 Festus Keyamo, spokesperson of the All Progressives Congress (APC) presidential campaign council, and Yakubu Dogara, a former speaker of the house of representatives, have exchanged words on Twitter, a social microblogging platform.

Dogara had responded to a tweet by President Muhammadu Buhari who said Bola Tinubu, presidential candidate of the ruling party, would give his best to the country if elected president.

The former speaker had said Buhari’s endorsement of Tinubu was a joke taken too far.

But Keyamo would not take any of that, calling Dogara a “political prostitute” and “backstabber” in a tweet.

“My brother and law school mate, Dogara, this tweet is beneath you. You are actually pained by the support of PMB for Tinubu, two leaders who have stayed true to their beliefs and causes, unlike the political prostitute, wanderer & back-stabber that you’ve always been,” the minister tweeted.

In response, Dogara said though they were mates in law school, they are not mates in politics.

The former speaker asked Keyamo to win a councilorship election first so they could be mates in politics.

“In spite of what we now know and what you have said before about your candidate, we haven’t rushed to the Courts, yet you feel so entitled to call us names! My good friend, the law I studied was to save me from the morass of propaganda by gaslighters-in-chief and their ilks,” he tweeted.

“My brother, I have a name for you but because it’s not a good one, I won’t say it as a cost of friendship. Yes, we were mates at Law School but I am waiting for you to win a councilorship election first so we can be mates in politics.

“Learn to punch below your weight category.”