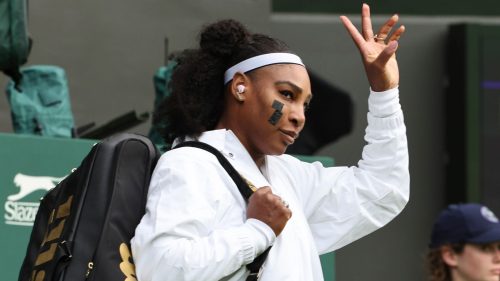 Serena Williams has announced her upcoming retirement from tennis as she admitted on Tuesday she is “evolving away” from the sport.

The 23-time Grand Slam singles champion made just her second appearance of the year this week as she defeated Nuria Parrizas at the National Bank Open in Toronto.

She admitted afterward she was “getting close to the light at the end of the tunnel” with regard to her remarkable career, before furthering that statement with a Vogue article in which she alluded to walking away.

“I have never liked the word retirement,” Williams wrote in Vogue. “It doesn’t feel like a modern word to me. I’ve been thinking of this as a transition but I want to be sensitive about how I use that word, which means something very specific and important to a community of people.

“Maybe the best word to describe what I’m up to is evolution. I’m here to tell you that I’m evolving away from tennis, toward other things that are important to me.

“I’ve been reluctant to admit that I have to move on from playing tennis. It’s like a taboo topic. It comes up, and I start to cry. I think the only person I’ve really gone there with is my therapist.”

Williams noted that she and her partner Alexis are trying for another child and that she did not want to be pregnant as an athlete again. In the piece, she recalls that she had been two months pregnant with her daughter Olympia when she won the Australian Open in 2017.

The 40-year-old was knocked out by Harmony Tan at Wimbledon in her first singles match for a year earlier this summer but has her sights set on the US Open in what could prove her farewell tournament. 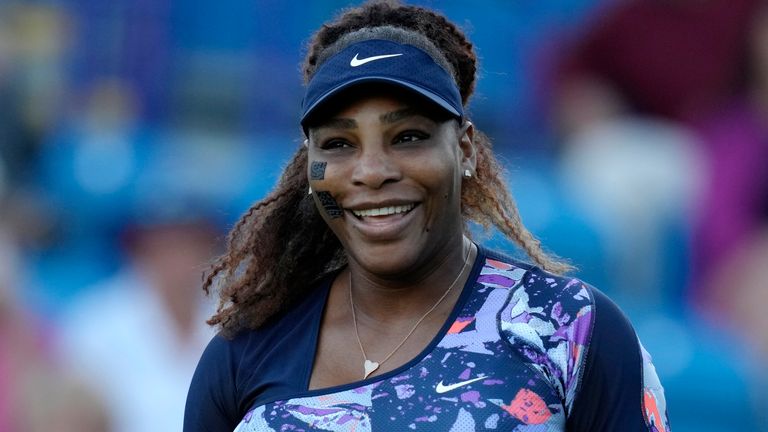 “Unfortunately I wasn’t ready to win Wimbledon this year,” she added in the article. “And I don’t know if I will be ready to win New York. But I’m going to try. And the lead-up tournaments will be fun.

“I know there’s a fan fantasy that I might have tied Margaret that day in London, then maybe beat her record in New York, and then at the trophy ceremony say, ‘See ya!’ I get that. It’s a good fantasy. But I’m not looking for some ceremonial, final on-court moment. I’m terrible at goodbyes, the world’s worst.”

After beating Nuria Parrizas-Diaz at the National Bank Open, in what was her first win since the 2021 French Open, Serena Williams admitted she is looking forward to retirement despite still enjoying her tennis.

Williams’ last Grand Slam title came in 2017 to take her tally to 23, leaving her one shy of a 24th that would bring her level with Margaret Court’s record for most majors.

“There are people who say I’m not the GOAT (greatest of all time) because I didn’t pass Court’s record, which she achieved before the ‘Open era’ that began in 1968,” Williams said.

She underlined her imminent retirement by suggesting “the countdown has begun”, noting that she was “relishing” what could be the final few weeks of her career.

Williams collected her maiden Grand Slam title at the US Open in 1999 when she defeated Martina Hingis just weeks before turning 18. 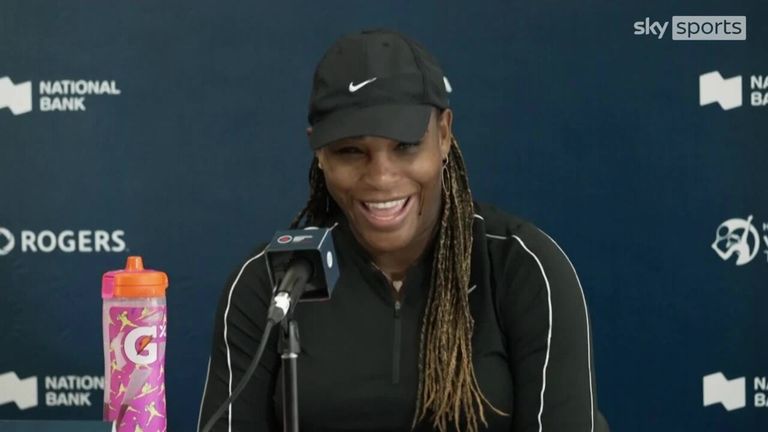 “I don’t particularly like to think about my legacy. I get asked about it a lot, and I never know exactly what to say. But I’d like to think that thanks to the opportunities afforded to me, women athletes feel that they can be themselves on the court. They can play with aggression and pump their fists. They can be strong yet beautiful. They can wear what they want and say what they want and kick butt and be proud of it all.”

Such was the dominance of the Williams family in the early 2000s that Serena met her sister Venus in eight of 13 Grand Slam singles finals from 2001 to 2009, with the pair also facing off in the 2017 Australian Open final in Melbourne.

Together the sisters transformed women’s sport with their skill and supremacy alongside their influence as leading voices in the push for gender and racial equality.

In an interview with Sky Sports in December 2020, US male tennis player Frances Tiafoe explained how he grew up aspiring to follow in the footsteps of both.

“When I tell people in the neighborhood ‘I’m a tennis player they’re like ‘oh so you’re trying to do that Williams sister thing?’. They’re a staple. You talk about tennis to a black person and it’s the Williams sisters, that’s just what it is. Just so big, they give so much confidence to so many guys,” he said.

“What Venus did for women’s sport, women’s tennis, women’s rights is unbelievable. Both of them have been great spokeswomen. I looked up to them and I still do. I’m a fan of them and I want to say thank you to them.”

One of Serena Williams’ most dominant periods arrived between 2012 and 2016 when she won eight of 16 Grand Slam singles appearances, as well as reached the final on two other occasions.