A female Non-governmental organisation in Delta State has reacted to the story of Governor Okowa’s acclaimed US based mistress who was alleged to have defrauded him of $10m of State bailout funds.

Speaking to Exclusively to PorscheClassy Media, the founder of the organisation, Elsie Ijorogu Reed, said ‘It is totally unacceptable that the commissioner for information would come out public to make more damaging comments while trying to launder the image of his boss’.

Below is the full statement by Elsie Halima Ijorogu-Reed:

I read with dismay how unprofessional and the inexperience shown by the Delta State Commissioner for Information in trying to launder his boss’s image through his press release.

The state’s image maker while trying to address the $10m Okowa gave to his US based mistress, spent time assuring deltans that his boss is a “happily” married man.

According to him “the State government has severally in the past given account of how the bailout fund” and “we would not repeat ourselves here”. Such an arrogant and ignorant statement came from from the office of the image maker of the Governor Deltans supposedly voted for.

According to the Commissioner, Deltans are more concerned about their governor having a mistress than why they have not received their salaries and why pensions have not been paid even when bailout and Paris club money was given to the state.

Does it mean Deltans do not have the right to know what happened to their money?

Now Mr commissioner hear me loud and clear, I speak for the sane and hungry deltans who are yet to receive their salaries. We need an account of how our money was spent.

Why have they not been paid Salaries?
Even the Bible states that “a labourer deserves his wages”. Denying workers their salaries is not only a violation of their right but a sin before God.

It is not OKAY to just tell us with mere words that Okowa is innocent. What we expect from an experienced media person is to give us verifiable facts and figures on how the said money was spent. Not the cock and bull story of how he is a “virgin” and a “faithful” husband.

Okowa being a “vigin and a faithful” husband will not put food on deltans table or pay their kids school fees? 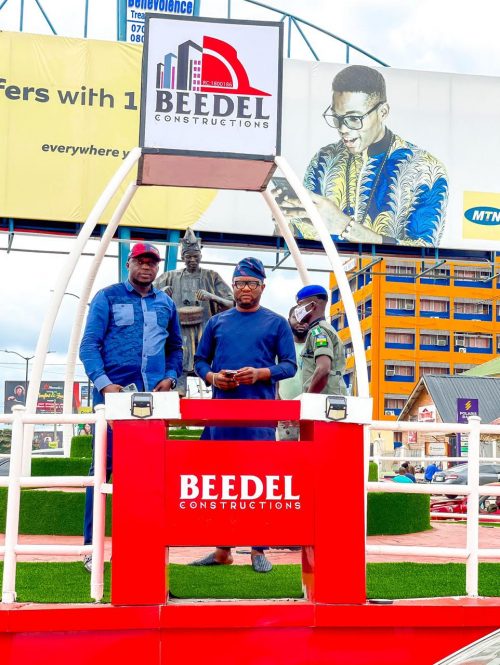 In many ways, the Nigerian society, fraught with its many problems and challenges, ends up forging men driven to building legacies and giving back to society. It is one of the many ways we as a people keep growing and getting better at leading good lives.

Bukola Odeleye, CEO Beedel Constructions is certainly in the comity of men who continually strive to give back to society through creative, yet essential Corporate Social Responsibility (CSR) initiatives.

Earlier in the week, as part of its corporate social responsibility, Beedel Constructions commissioned the reconstructed and beautified Adeoyo-Ringroad, roundabout in Ibadan, bringing new life to the arena.

Known far beyond the shores of Nigeria for their excellent construction exploits, Beedel, based primarily in Ibadan is certainly keen on beautifying the Pacesetter State as the renovation of the Adeoyo-Ringroad, roundabout indicates.

Speaking on the revolutionary step, Odeleye explained that this is merely a move by Beedel to contribute its quota in a unique way. According to him, initiatives like this should be a clarion call to entrepreneurs to make better the environment, community, or state in which they operate. For Beedel, Adeoyo-Ringroad area is a prime location as it is where the company’s corporate headquarters is located.

He added that he hopes that this, a first among many, inspires others who do business in the Oyo and Nigeria as a whole to strive to make society a better place for all to operate in through concentrated and concerted CSR efforts.

Already, denizens and residents of the district have applauded the move by Beedel Constructions, commending the state-of-the-art beautification of the renovated roundabout. 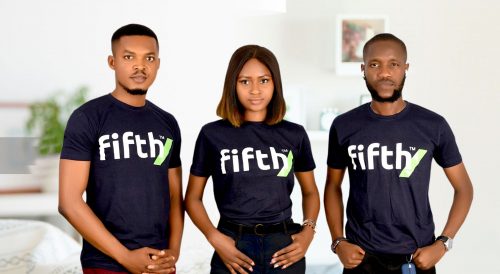 The Fifth Intel Capital company has won the bid to manage a 30-unit short-let apartment at the Dubai Expo 2020.

According to McKelvin Jude Oseh, the managing partner at Fifth Intel Capital “, this is a testament of resilience, sacrifice, and hard work”.

The bid has been on for over 3years, while some of the properties were still under development but scheduled for completion in 2020, to accommodate exhibitors and tourists during and post-Dubai Expo 2020 now 2021, due to Covid-19 pandemic; it was projected to increase access to affordable accommodation and presents new rental options to housing needs within the region, a project led by most of the foremost Real Estate developers in the UAE.

While Fifth Intel Capital’s consideration came as a surprise, they had to prove their competence by going through with the process, knowing the controversial narratives displayed towards Nigerians; biding for an International portfolio and asset management was quite challenging.

Fifth Intel Capital emergence was influenced by their deployment of new technology to unify multiple property management, in-depth marketing and communications skill, multicultural orientation, and employment model, one of which is ‘absorbing 90% of local workforce’ an approach Jude said to be “sustainable in strengthening business relations between both countries, contributing to creating jobs will increase opportunities for everyone”, a strategy the UAE government is amplifying efforts and investing towards with over $6.5billion plan to get more Emiratis into the private sector; a critical intervention more than ever, as the UAE host the world’s greatest show with 25million expected visits over the course of six months and up to 200 Nations bringing innovations to address global challenges and ultimately create a better world with the finest examples of human abilities.

Choosing Dubai as a destination to lead 75% of Fifth Intel Capital’s Real Estate investment, has presented the company with huge opportunities that everyone can benefit from, either by acquiring residential and commercial properties, or investing in assets that guarantee returns, as the company now have access to all the options and will continue to lead interested investors to make the right decision in a new territory.

While Fifth Intel appreciates everyone, who has helped thus far and to their partners in whom they are grateful for their support, this is proof of more businesses and opportunities ahead to broadening the horizon for a new generation to thrive; the world is indeed a global village and technology has brought us closer to achieve more together. 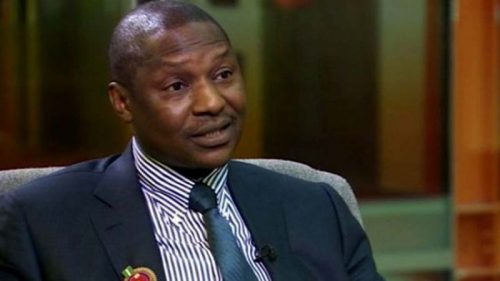 The Attorney-General of the Federation and Minister of Justice, Mr. Abubakar Malami, SAN, assured yesterday that no stone would be left unturned in the prosecution of Boko Haram financiers, saying it wasn’t yet time to name and shame their sponsors.

Malami, in a statement signed by his media aide Dr. Umar Gwandu, said investigation to unravel those behind activities of insurgents in the country had reached an advanced stage.

According to the statement, the AGF, who spoke during an interview with journalists in New York, in continuation of the ongoing 76th session of the United Nations General Assembly, stressed that time was not ripe for holistic disclosures, so as not to pre-empt the investigation process.

He said FG would take all steps to ensure a peaceful and prosperous Nigeria, adding that the public “would be properly and adequately informed about the investigation and prosecution process at the appropriate milestones as they unfold”.

“The position, as it stands, is that investigation has reached an advanced stage and the Government will make a statement in that direction in due course.

“Time is not ripe for holistic disclosures so as not to pre-empt the investigation process. The prime object remains the attainment of peace and security of our dear nation.

“As far as terrorism funding and financing is concerned, we have succeeded in identifying those that are allegedly responsible for funding same and we are blocking the leakages associated with funding while embarking on an aggressive investigation that is indeed impacting positively in terms of the fight against terrorism.

“The truth of the matter is that investigation is ongoing and advancing. For the purpose of investigation, I would not like to be pre-emptive in terms of making disclosures that will have the effect of undermining the successes we are recording.

“One thing I can tell you for sure is that whatever we do in terms of detention and arrest is indeed backed-up by judicial processes.

“We have acquired and obtained legitimate court orders taking into consideration the facts and material proof of evidence presented before the court on account of which the court eventually exercises its discretion in terms of granting orders that we can have the suspects in custody pending the conclusion of the investigation,” Malami stated.

He said the FG, through the Complex Case Group of the Department of Public Prosecution of the Federation in the Office of the Attorney General of the Federation and Minister of Justice, reviewed over 1000 Boko Haram Case files, out of which 285 have been filed before the Federal High Court based on prima facie cases of terrorism against them.

“The delay witnessed in the prosecution process was occasioned by COVID-19 lockdown, Judiciary Staff Union (JUSUN) Strike, and court vacation.

“Naming and shaming of suspects is not embarked upon as a policy by the Federal Government out of sheer respect the constitutional rights of Nigerians relating to presumption of innocence.

“It is a product of constitutionalism and the law. It is rooted in the law and the names of the suspects will accordingly be made public at the point of judicial arraignment while the shaming remains a consequence of judicial conviction. Trials are judicial processes and not about media sensations.

“Naming and shaming in the Nigerian context must be rooted in constitutionalism.

“We must strike a balance between the constitutional presumption of innocence and evidential proof of reasonable ground for suspicion in making disclosures associated with terrorism funding and financing.

“Where reasonable grounds are established, suspects must be naturally taken to court at which point their identity must be disclosed and the naming becomes apparent. ’’

“Shaming, on the other hand, is the product of conviction at which point the public are equally judicially put on noticed.

“In essence naming and shaming within the context of Nigerian law are judicial functions which commence with the arraignment and terminate with convictions.

“Naming and shaming is not an unguided and unregulated process. It is not like a discarded ship left at the mercy of winds and tides”, the statement further read.