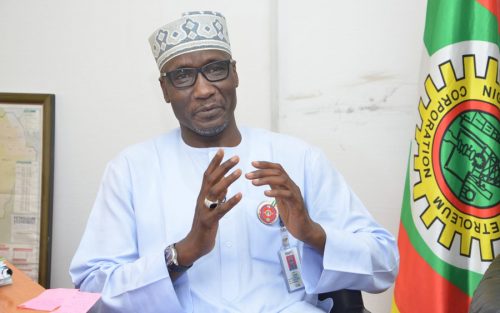 Nigerians will spend about N6.732tn on the purchase of Premium Motor Spirit, popularly called petrol, within a period of 12 months once the Federal Government stops subsidising the commodity from February next year, investigations have revealed.

This came to the fore on Wednesday as the Nigeria Labour Congress described the government’s plan as a “penny wise pound foolish” gamble.

The Senate and economic experts also faulted the Federal Government’s plan to pay N5,000 each to 40 million Nigerians to cushion the effect of fuel subsidy removal.

The Group Managing Director of the Nigerian National Petroleum Company Limited, Mele Kyari, had on Tuesday announced at a World Bank event in Abuja that petrol would sell for between N320 and N340 per litre from February 2022.

The current pump price of petrol at filling stations is between N162 and N165/litre, although the product is mostly sold at the upper N165/litre rate due to recent challenges in the downstream oil sector.

The N165/litre price is basically because the product is being subsidised by the Federal Government through the NNPC.

Going by the latest revelation of the NNPC boss that subsidy on petrol would end in February and the price jerked up to N340/litre, findings showed that Nigerians would spend about N18.7bn daily for the over 55 million litres of petrol consumed each day across the country.

Users of petrol would spend about N561bn for the average of 30 days in a month, while in the 12-month period, consumers would pay about N6.732tn.

In its most recently published monthly operational and financial report, which was for April 2021, the NNPC put the daily petrol consumption in Nigeria at 55.79 million litres.

“To ensure continuous increased PMS supply and effective distribution across the country, a total of 1.67 billion litres of PMS translating to 55.79 million litres per day were supplied for the month in the downstream sector,” the oil firm stated.

Working with 55 million litres daily consumption figure and the current price of N165/litre, consumers of petrol are estimated to be currently paying N9.075bn daily and about N277.25bn monthly.

By increasing the cost of petrol to N340/litre and matching it against the 55 million daily consumption rate, Nigerians would be paying N18.7bn daily for PMS, while their monthly spending would be N561bn.

This means that the annual fuel consumption bill of Nigerians will be in the region of N6.732tn.

From the foregoing, it implies that Nigerians would pay an additional amount of about N283.75bn every month on petrol when the new N340/litre price for PMS comes into effect.

Therefore within a period of 12 months, Nigerians would spend about N3.4tn extra on the current N3.3tn for the purchase of petrol should the Federal Government halt the subsidy regime.

But the government promised on Tuesday that it had plans to cushion the economic effect of the planned subsidy removal, as it announced plans to replace fuel subsidy with a N5,000 monthly transportation subsidy to the poor.

According to her, a monthly transport subsidy in the form of a cash transfer of N5,000 will be given to between 30 and 40 million Nigerians.

The NNPC, being the sole importer of petrol into Nigeria for the past four years, has been subsidising the commodity and has been incurring humongous costs as subsidies.

This development had severely depleted the oil firm’s remittances to the Federation Accounts Allocation Committee, hence, reducing the monthly allocations to the three tiers of government consistently.

CSP Jejeloye made further appealed to Lagosians to join efforts with the Government in ensuring that the fight to restore and maintain sanity on Lagos Roads is won collectively for the betterment of all who reside or visit the City of Lagos
“Restoring sanity is not an easy task, neither is it a job for one man or the Agency alone. If we joined hands together we will achieve our desired goals of ensuring that no one takes the laws into their hands and gets away with it, especially not in a cosmopolitan city like Lagos”
The Chairman promised to raid black spots and hideouts of Okada operators within the axis and other parts of the State within the coming weeks in order to make their illegal activities unproductive and make the state harsh for any operator who has turned deaf ears to the warnings of the State Government.
“More enforcement for.compliance.activities will be carried in the comings days under the banner of Operation Kogberegbe in order to amplify their shady activities in the State.
The Chairman stated that business for them will no longer be as usual.”If they refuse to comply with the State best practices by  obeying the laws, then they will be arrested and prosecuted, while their bikes will be forfeited to the State Government via the Court” Jejeloye concluded
Post Views: 68
Continue Reading