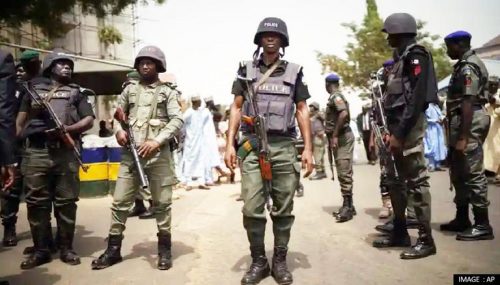 The Kwara Police command said it has rescued four out of the six people abducted on Obbo-Ile and Osi highway in the state.

This rescue is disclosed in a statement by the Police Public Relations Officer (PPRO), SP Okasanmi Ajayi, on Tuesday in Ilorin.

“We just received a piece of information with regards to the kidnap of six occupants of a Hummer Bus, with registration number Abuja KUJ 613 AA between Obbo-Ile and Osi Road.

The PPRO said that immediately after the information was received, conventional policemen, a tactical team, vigilante, and hunters were dispatched to the area for possible search, rescue, and arrest of the kidnappers.
He said that the victims’ vehicle, loaded with foodstuffs, was found abandoned but recovered with an empty shell of 7.62mm ammunition.

Ajayi said that the intensity of the pressure on the kidnappers during the search-and-rescue efforts led to their abandoning four of the abductees who had now been rescued and with the police at present.
He said that the kidnappers, believed to still be in the bush with the two remaining victims, would soon be smoked out and arrested.

“The Commissioner of Police, Mr. Tuesday Assayomo, assured the families of the yet-to-be-released victims that they would be rescued from the custody of the kidnappers.

BREAKING: Tinubu In Abeokuta To Meet With Obasanjo