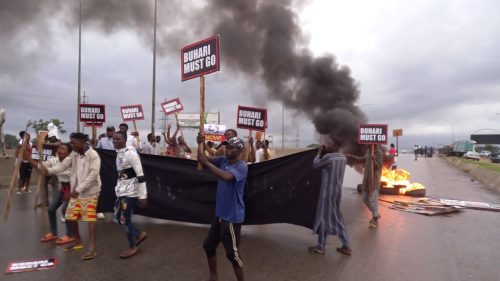 The youths came out in their numbers on Friday morning all carrying placards which had the inscriptions #BuhariMustGo.

They also carried a large banner with #RevolutionNow written on it while moving in the streets.

The protesters also burnt tyres in the middle of the road.

In an attempt to disperse the protesters, the police arrived at the scene of the protest and fired teargas at them.

The federal government had said there would be heightened security in the days leading to the country’s 61st independence anniversary.

It, therefore, asked residents of the federal capital territory (FCT) and its environs not to panic.

Meanwhile, the proscribed Indigenous People of Biafra (IPOB) had said it would enforce a sit-at-home order on October 1 in the southeast.

In a statement last Saturday, Emma Powerful, IPOB spokesman, said the group will also bring down Nigerian flags in the southeast region.

Powerful said the proscribed group is taking these actions in solidarity with Ambazonia, a secessionist group in Cameroon, whose purported independence anniversary is on October 1.

But David Umahi, governor of Ebonyi state, said the people of Ebonyi will not sit at home on October 1. 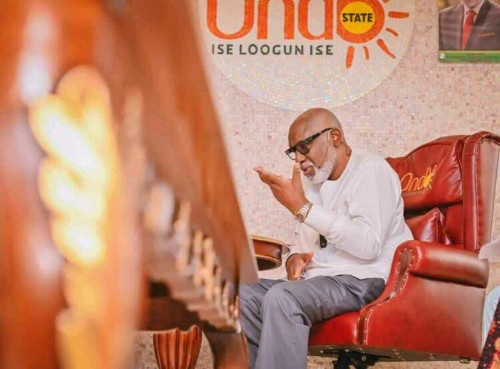 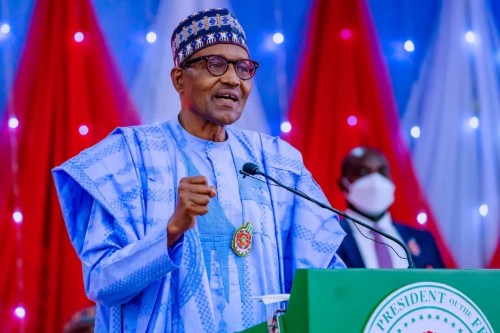