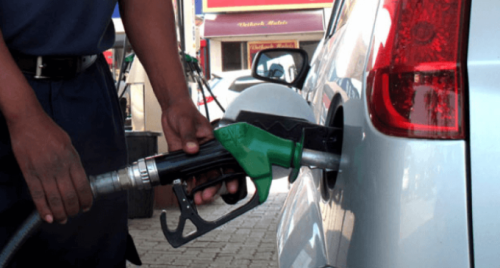 The Nigerian National Petroleum Company (NNPC) Limited has deducted another N271.13 billion as a shortfall for the importation of petrol (subsidy) in April 2022.

So far, NNPC has spent N947.53 billion on petrol subsidy this year, more than half of 2021 subsidy spending.

NNPC said this in its monthly presentation to the Federation Account Allocation Committee (FAAC) meeting on Tuesday, April 24.

The FAAC document showed that this is the fourth time the oil company will not remit any fund to the federation account in 2022, as subsidy payments continue to deplete revenue.

NNPC also said it would deduct N371 billion for the shortfall in May 2022 during next month’s FAAC meeting.

“The Value Shortfall on the importation of PMS recovered from April 2022 proceeds is N 271,125,127, 487,58 while the outstanding balance carried forward is N371 billion,” the document reads.

Payments for petrol subsidies have continued to dwindle federation revenue.

This year alone, the federal government has budgeted to spend N4 trillion on costly petrol subsidies, as a result of high global oil prices due to the Russia-Ukraine war.

In the month under review, the report said NNPC lifted overall crude oil of 8.80 million barrels (export domestic crude) in March 2022, representing a 10 percent decrease relative to the 9.77 million barrels lifted in February 2022.