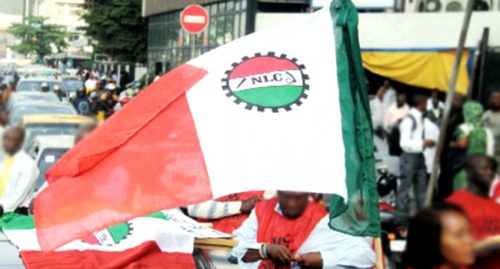 Labour yesterday rejected the proposed hike in the pump price of fuel to N340 per litre next year.

It warned that an increase in the price of petrol will lead to hyper-inflation and an astronomical rise in the cost of goods and services.

Besides, the trade union said talks over petrol subsidy with the government was inconclusive.

The Nigeria Labour Congress (NLC), in a statement by its President Ayuba Wabba, restated its rejection of deregulation based on an import-driven model.

In a statement titled, ‘Nigerian workers refuse to take the bait,” the congress said, “The contemplation by the government to increase the price of petrol by more than 200 per cent is a perfect recipe for an aggravated pile of hyper-inflation and astronomical increase in the price of goods and services.

“This will open a wide door to unintended social consequences such as degeneration of the current insecurity crises and possibly citizens’ revolt. This is not an outcome that any sane Nigeria wishes for.”

Wabba said the discussion between the Federal Government and the World Bank is a monologue, adding that the NLC would continue to insist on its rejection of deregulation based on an import-driven model.

He added, “We wish to reiterate our persuasion that the only benefit of deregulation based on the import-driven model is that Nigerian consumers will infinitely continue to pay high prices for refined petroleum products.

“This situation will definitely be compounded by the astronomical devaluation of the naira which currently goes for N560 to US dollars in the parallel market. Thus, any attempt to compare the price of petrol in Nigeria to other countries would be set on a faulty premise as it would be akin to comparing apples to mangoes.”

“We wish to warn that the bait by the government to pay 40 million Nigerians N5,000 as a palliative to cushion the effect of the astronomical increase in the price of petrol is comical, to say the least.

“The total amount involved in this queer initiative is far more than the money government claims to spend currently on fuel subsidy. Apart from our concerns on the transparency of the disbursement given previous experiences with such schemes, we are wondering if the government is not trying to rob Nigerians to pay Nigerians? Why pay me N5000 and then subject me to perpetual suffering

“Clearly, government thoughts on the so-called removal of fuel subsidy is cloudy and appears to be a “penny wise-pound foolish” gamble. It is clear that the palliative offered by the government will not cure the cancer that will befall the mass of our people who suffer the double jeopardy of hype-inflation while their salaries remain fixed.”

The Senate also faulted plans by the N5,000 to 40 million Nigerians as transportation expenses.

But the Chairman, Senate Committee on Finance, Senators Solomon Adeola, told journalists on Wednesday that there was no provision for N5,000 for the said monthly stipend for 40 million Nigerians, in the 2022 budget currently before the National Assembly.

He said the executive would have to bring the proposal to the parliament for approval before it could start its implementation.

He said there is no way the executive would take a unilateral decision on a programme that would gulp N2.4tn without getting the approval of the parliament

He also queried the criteria that the executive would use to determine the beneficiaries of the transportation allowance.

Health workers under the aegis of the Joint Health Sector Union also cautioned the Federal Government over the proposed increase in fuel prices.

The spokesperson for JOHESU, Olumide Akintayo in an interview with journalists advised the Federal Government to look for other alternatives to solve the issues surrounding the fuel subsidy.

Meanwhile, the Minister of Finance, Budget and National Planning, Dr Zainab Ahmed, has revealed that with zero remittance from the Nigerian National Petroleum Company to the federation, the Federal Government can no longer sustain petroleum subsidy costs which are currently about N250bn monthly.

Ahmed disclosed this while briefing State House Correspondents on Wednesday after the week’s Federal Executive Council meeting presided over by the President, Major General MuhammaduBuhari (retd.), at the Presidential Villa, Abuja.

CSP Jejeloye made further appealed to Lagosians to join efforts with the Government in ensuring that the fight to restore and maintain sanity on Lagos Roads is won collectively for the betterment of all who reside or visit the City of Lagos
“Restoring sanity is not an easy task, neither is it a job for one man or the Agency alone. If we joined hands together we will achieve our desired goals of ensuring that no one takes the laws into their hands and gets away with it, especially not in a cosmopolitan city like Lagos”
The Chairman promised to raid black spots and hideouts of Okada operators within the axis and other parts of the State within the coming weeks in order to make their illegal activities unproductive and make the state harsh for any operator who has turned deaf ears to the warnings of the State Government.
“More enforcement for.compliance.activities will be carried in the comings days under the banner of Operation Kogberegbe in order to amplify their shady activities in the State.
The Chairman stated that business for them will no longer be as usual.”If they refuse to comply with the State best practices by  obeying the laws, then they will be arrested and prosecuted, while their bikes will be forfeited to the State Government via the Court” Jejeloye concluded
Post Views: 66
Continue Reading