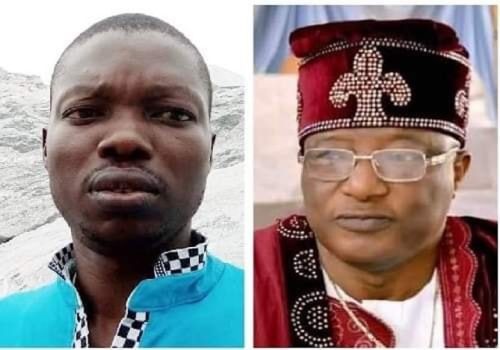 Raheem Adedoyin, the manager of the Hilton Hotels and Resorts in Ile-Ife, has been proclaimed wanted by the court.

Timothy, a Master of Business Administration student at Obafemi Awolowo University in Osun State, died in a hotel strangely while on his way to write his exams.
The hotel’s chairman, Prince Ramon Adedoyin, was arrested and jailed after Adegoke’s body was discovered near the hotel, where he was allegedly abandoned by the hotel owner’s son, Raheem Adegoke, who is also the Managing Director.

Olugbade Adegoke, an elder brother to Timothy Adegoke, has, however, shared court documents showing that Raheem Adedoyin, has been declared wanted.

Olugbade, speaking with SaharaReporters on Monday, insisted that his brother was strangled and also hit with a heavy object at the hotel where he lodged in November 2021.

Reacting to Hamzat’s statement, Olugbade spoke to SaharaReporters on Tuesday morning, stressing that the Abuja Police Command had declared other culprits in the case wanted.

“If people are doubting what Alhaji Oriyomi said in the video, let them go to Abuja to confirm from the police. Oriyomi has the genuine information about the death of my brother,” Olugbade said.

“About the autopsy, we have copies. The report said that my brother, Timothy, was strangled to death in the hotel room. He was also hit on his head with a heavy object until he died.

“I think the police investigation is a step towards justice. The date of his burial will be communicated to the public as soon as possible, but we want to get the date for the court case as well.

“It was only (Rahman) Adedoyin Adegoke, the owner of the hotel that is in the custody of the police. They (police) are not giving him any bail. Other culprits have been declared wanted. There was a court order that declared Raheem wanted by the police, he is the managing director of the hotel who is also the son of the chairman who was also in the CCTV.

“The United States government has given him, Raheem Adedoyin 105 hours to report himself to the nearest police station,” Olugbade said.

In the copy of the court order, the document partly read that, “the court hereby allows the Complainant/Applicant to publish the name and his pictures photograph of the 8th Defendant/Respondent for the purpose of identifying and arresting him.”