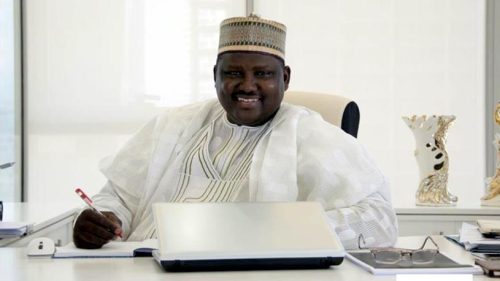 In a judgement being delivered by Okon Abang, the trial judge, the court held that Mr. Maina stole over N2 billion belonging to Pensioners, “most of whom have died without reaping the fruits of their labour,” the judge said.

A month ago, the court jailed Mr Maina’s son, Faisal, after finding him guilty on all three counts of money laundering involving N58.1million in public funds.

There has been no report that Faisal, who faced a trial separate from his father, has been apprehended and put in jail.

Mr Maina was tried on a 12-count money laundering charge filed against him by the EFCC.

Part of the allegations against him is that he used his firm to launder N2 billion and also used some of it to acquire properties in Abuja.

He had pleaded “not guilty” to the charges.

Mr Maina had jumped bail twice in the course of the trial. He was recently arrested in Niamey, Niger Republic, where he had fled.

It was earlier reported how a senator, Ali Ndume, was briefly jailed after he failed to provide Mr Maina, whom he had stood surety for. Mr Ndume spent five days at the Kuje correctional center before he was granted bail.

In the charge marked FHC/ABJ/CR/256/2019, EFCC alleged that Maina used fictitious names to open and operate various bank accounts, as well as recruited his relatives that were bankers to operate fake bank accounts through which illicit funds were channeled.

The verdict is ongoing, as the judge said, “it’s a long judgement, which I don’t want to scare counsel.”