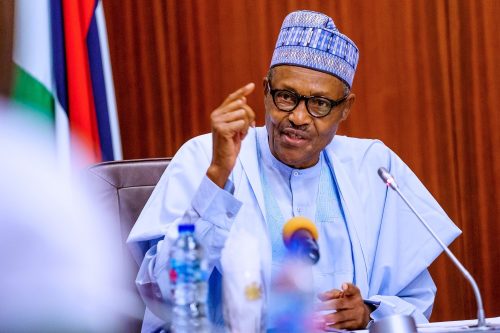 Despite calls from certain quarters in the country to decentralize policing, President Muhammadu Buhari has again rejected the call for state police as the solution to the nation’s mounting security problems, expressing fears that it may be abused by state governors.

He made this position known when he spoke during an interview with Channels Television on Tuesday night, referencing the relationship between states and local governments, which may not be at a good level.

Already the call has led to the setting up of regional security outfits by some state governments.

He suggested a bigger role for traditional rulers in bringing peace to communities stating that, the royal fathers know who is who in their localities.

On reports of farmers/herders clashes in the country where he wondered why people that used to coexist peacefully no longer do so, he explained: “For example, there were two Governors that came to see me about problems – Oyo state and one other state – because the herders were in their forests but the animals were going into the neighbouring farms, and eating the crops; I said, as far as I know, the farmers and herders have been co-existing in Nigeria for generations.

“So, we have to revert to that system for us to have effective security in the localities.”

Asked about his view in an interview in May 2018 about the governor’s demand for state police, Buhari said: “I want the Nigerian Constitution to be consulted first and see what it says. If it says they should be allowed, then they should be allowed but don’t forget, how many times did we have to release the money to states in the name of bailouts to enable them to pay salaries?

“How many states are able to pay their workers in time? And you add the police to them? People should look at this matter very well.”

Speaking further on why he was not convinced about the idea of state police, he added: “No, I am not convinced. We should have solved the current insecurity in the northeast and South-south by now. Can the states be able to shoulder the burden of the police?

“You cannot just give someone guns and ammunition, train him, and refuse to pay him, you know what will eventually happen.”