Ahead of the People Democratic Party’s national convention in Port Harcourt next month, one of the chairmanship aspirants, former Minister of Education, Prof. Tunde Adeniran has committed himself to lead the process to reposition the Peoples Democratic Party (PDP) and reclaim its national glory.

Speaking in this regards through Yemi Akinbode, his media aide, Prof. Adeniran, who was Nigerian Ambassador to Germany, urged the delegates and leaders of the party to entrust him with the responsibility of being the National Chairman in order to ensure its rebirth and the enthronement of good governance in the country.

Prof Adeniran, a founding member of the PDP who has remained with the party in thick and thin and served in various frontline capacities, said that task ahead of the PDP and Nigeria required “fortitude and experience to help the party achieve its objectives.”

He appealed to the delegates to the forthcoming national convention to support his candidacy given his wealth of experience serving the party and the country meritoriously over the years. Prof Adeniran said that he was certain that, as committed leaders of the PDP, “you do appreciate the great need of the party for the wealth of experience and the dedication that I represent. We will work together and leave a legacy of honour, excellent party administration and good governance.”

Prof Adeniran, who was chairman of the Electoral Panel for the party’s 2011 National Convention and Deputy Director General of the Presidential Campaign Organisation last year, said that delegates should view the forthcoming national convention as a golden opportunity to reinvigorate and reposition the PDP and install a vibrant executive team that would reclaim the integrity of the party and its frontline position in Nigerian politics.

He further said: “The convention will also throw up possibilities of how best to tackle the challenge facing our party and help our governments at various levels achieve the objectives contained in our party’s manifesto.”

Among aspirants for the party’s national chairmanship, Prof. Adeniran’s credentials stand out.

Apart from being a loyal and consistent party man all the way through, he has devoted himself to the service of the party as Chairman of the Presidential Inauguration Committee in 1999 and member of various Electoral Panels and Reconciliation Committees of the party between 1999 and 2001.

He was also member of the Presidential Campaign Council (2010 – 11) and Chairman of the Screening Committee of the Edo State PDP 2016 Governorship Primary, among other key positions.

Prof Adeniran was Minister of Education from June 1999 to January 2001, Ambassador Extraordinary and Plenipotentiary of the Federal Republic of Germany between May 2004 and January 2007, Chairman of the Governing Board of the Universal Basic Education Commission (UBEC) between 2009 and 2011, and Chairman and Director of the Directorate for Social Mobilisation (MAMSER) from 1987 to 1993.

PDP Chairmanship: OGD’s Ambition Is Beyond Him To Give Up — The Reformers 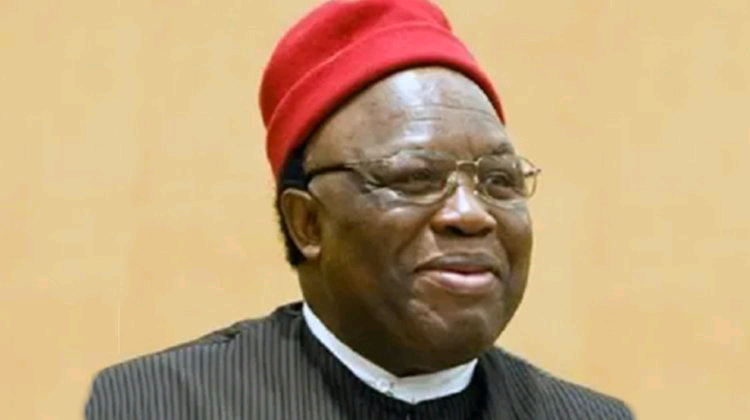 Prof George Obiozor, the President-General of Ohanaeze Ndigbo Worldwide, has finally spoken on the outcome of the primaries of the ruling All Peoples Congress and the main opposition party, Peoples Democratic Party, for the 2023 presidential election.

Recall that the South-East presidential aspirants in the two political parties lost in the primaries while some failed to record a vote despite the overwhelming agitation for the region to produce the next president based on equity, justice and fairness, and in the spirit of a rotational presidency between the North and South.

But Obiozor, in a statement titled, “What does Nigeria want from Ndigbo?,” made available through the National Publicity Secretary of Ohanaeze Ndigbo, Dr Alex Ogbonnia, described the outcome of the presidential primaries of the two major parties as gross injustice against the Igbo beyond expectations.

The former Nigerian ambassador to the United States of America, said, “Now it is clear that the Nigerian national political elite has successfully orchestrated to deny the South-East an opportunity to produce the president of Nigeria come 2023.

“By this machination, some Nigerian leaders have demonstrated gross historic injustice towards Ndigbo, beyond our expectations.”

Obiozor, who is convalescing in a Dubai hospital, said Nigeria, by deliberate injustice, had failed the Rotary Club International’s four-way test which centred on truth, fairness, goodwill, and benefit to all concerned.

While he urged Ndigbo not to lament much but wait for the verdict of history, the president-general expressed his conviction that in the end, this political manipulation would end in “a Pyrrhic victory for those who rejoice and celebrate injustice”.

He, however, thanked Nigerian statesmen and patriots across the country, who supported the idea for the South East to produce the president of Nigeria in 2023, based on Nigerian proven history of rotation of power between the north and the south as well as commitment to equity, justice and fairness. 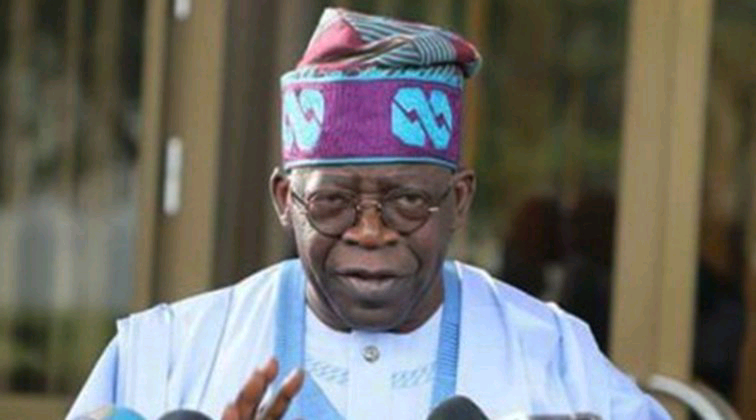 The South-East zone of the All Progressives Congress has set its sight on the positions of Senate President and Secretary to the Government of the Federation if the party’s presidential candidate, Asiwaju Bola Tinubu, wins the 2023 general elections.

The development was disclosed under anonymity by a top party chieftain in the South-East.

The source said that a delegation was scheduled to meet with Tinubu with their demands when he returned to the country.

“If the South-West has the presidency while both the North-West and North-East are still negotiating for running mate, it is only fair to allow the South-East take the senate presidency and SGF,” he said.

When contacted, Deputy National Chairman (South) and former South-East chairman of the party, Emmanuel Enekwu, denied having knowledge of any agitation for senate presidency or SGF from his region.

He said, “I have no knowledge of such demands. The APC has not started allocating offices to any region or persons. Our interest is how to win elections because you can’t share offices without winning elections.

“We have a presidential candidate that demands that all hands must be on deck. Nobody enjoys any booty or loot before the war. That can only happen after the hostility ends.

But when reminded that sources have confirmed that negotiations were ongoing by top APC chieftains from the South-East region, Enekwu said such a move could not be ruled out.

The South-East APC chairman, Dr Ijeomah Arodiogbu, also said, “I cannot say I am unaware the zone desires some inclusiveness in the incoming administration. However, I have not been consulted on the exact position they are looking at. I believe that the incoming president will be fair enough to consider the zone for some arrangements but we have not asked for the specific positions.”

On whether Tinubu had met with South-East leaders and stakeholders lately, the South-East chairman said he met with the zonal caucus of the party.

He added, “That was shortly after the primary. He met with the South-East caucus, ably led by Governor Hope Uzodinma of Imo State. He (Tinubu) consulted with us and pleaded for our support at the 2023 general elections.

“We assured him that he will receive our maximum support in our zone. We had a very robust conversation with him. But we didn’t go as far as asking for any specific positions. I believe he knows the right thing to do.”

When asked on APC chances of pulling votes from the South East, he said the party had a firm support base in the zone.

“We cannot also rule out the fact that (Peter) Obi (of the Labour Party) is making a lot of publicity. Our chances are bright and will further be enhanced once Obi splits the PDP votes. It won’t diminish our votes,” he added.

The Publicity Secretary of the APC in Anambra State, Mr Okelo Madukaife, said the South-East caucus of the party had scheduled a meeting where a decision would be taken on what should come to the zone.

Madukaife did not state when the meeting would take place. He added, “The South-East caucus will decide on that. But the question should not be what position South East needs, not necessarily what position, but strategy.

“So, Ndigbo needs to vote for the APC to satisfy the first condition and join others in other zones to meet the second.”

The Imo State chapter of the APC has said Tinubu will accommodate the people of South-East if elected the president.

The Publicity Secretary of APC in Imo State, Cajetan Duke, in an interview said, “There are many good and juicy positions Ndigbo and Imo State will get if by the grace of God APC wins the presidential election. But we must be fully integrated. We have to work to ensure that APC wins all the states in the South-East. We have to use what we have to get what we want.”

He said that the South East would not be demanding for any position until the party wins the presidential election and majority seats in the senate.

The Zonal Secretary of the APC in the zone, Chief Augustine Onyedebelu, has said the party is not after sharing of office until the presidential election is won.

Onyedebelu said, “Until you win an election you have nothing to share. I want to believe that when the election is won, a very good position will be given to the people of the South-East to ensure that we are truly part of the system and part of the leadership.”

Also, the spokesperson for the apex Igbo socio-cultural organisation, Ohanaeze Ndigbo, Chief Alex Ogbonnia, said it would be in the best interest of all major political parties to bargain with the South-East region.

He said, “Although it is not in the position of Ohanaeze Ndigbo to begin permutations at this time, it would be in the best interest of all political gladiators to begin to bargain for the best for the South-East region. All the gladiators from all major political parties have a duty to bargain for what will be best for the South-East region. At the proper time, we will have a meeting with the South-East elders and chieftains and decide on the most favourable equation for the region.”

I’m Offering Peter Obi A Rare Privilege To Be My VP, I Can’t Be His Running Mate – Kwankwaso

Kwankwaso spoke on Saturday with journalists after inaugurating the state office of the NNPP in Gombe state.

He said the NNPP will collapse if he becomes Peter Obi’s running mate.

According to him, the southeast will miss a golden opportunity if the LP candidate is not his running mate in 2023.

“From the discussion with the Labour Party, the main issue was who becomes the president if the parties merge,” Premium Times quoted him as saying.

“At the end of the day, some of our representatives thought that there should be a criteria in terms of age, qualification, offices held, performance, and so on,” the NNPP candidate said.

“Of course, the other side wouldn’t want that. Most of the people from there believe that the presidency has to go there. If I decide to be a vice-presidential candidate for anybody in this country; NNPP will collapse, because the party is based on what we have built in the last 30 years.

“I served for 17 years as a civil servant; we are talking of 47 years of very serious hard work that is what is rarely holding NNPP now.

“Even if my friend [Peter Obi] wants to accept the vice-presidential candidate, some people in the south-east will not accept, that is not strategic.

“This is a golden opportunity, if they lose it, it will be a disaster.”