In a bid to expose the citizenry to financial literacy at a very early age in life, Heritage Bank Plc, Nigeria’s Most Innovative Banking Services Provider, has exposed children between the age bracket of five and seven years to banking services.
The programme, which is part of activities to mark the bank’s Children Banking Month, tagged: My Day as a Banker, was held at the corporate headquarters of the bank in Lagos recently with pupils from Hilltop Grade International School, Lekki, Lagos.
From the Reception to the Customer Service, Foreign exchange, Corporate Banking and Human Resources, the pupils were visible attending to customers who were amazed at the skills the kids exhibited in addressing their banking needs after the initial short induction given to them.
Speaking with journalists on the occasion, Tomi Oyesola, Group Head, Retail Banking and SME,Heritage Bank, Lagos Island, said the training programme was part of the financial literacy programmes of the Central Bank of Nigeria (CBN)
She said it was very important for children to know what financial literacy was and what banking was all about at a very early age of their lives, adding that the children will be exposed to how prepaid card transactions work and how to use ATM cards to deposit and withdraw money among others.
She said the programme had been on since the inception of the bank, adding that the bank usually trains children in primary and secondary schools in financial literacy every year.
Oyesola said for children in secondary school, the bank exposed them to treasury operations, financial control, sales and credit control among others, adding that about 90 percent of the children that had been exposed to the programme had opened accounts with the bank.
She said for children in primary schools, the bank accommodates between eight to 10 children from different schools at different times to expose them to financial literacy for about an hour.
The financial literacy programme for children is part of the Central Bank of Nigeria’s cashless policy which is aimed at equipping them with basic tools in order to enhance their financial freedom and it is part of activities of commemoration of May 27 to mark Children Banking Month, with the theme, “Early Positioning for Glocal Relevance.”
The Heritage Children Banking Month directly impacts about 350 primary and secondary schools across the country in recognition of the pivotal role children play as the leaders of tomorrow.
On the whole at the end of this year’s programme, Heritage Bank would have imparted financial education on over 1,000 schools across the country since commencing this programme two years ago, as part of its social corporate responsibility.
Speaking on the importance of the celebration, the Managing Director of the bank, Ifie Sekibo stressed that it was important to teach children wealth creation early in life for the positioning of children for global and local relevance. He further stressed that there was need for parents to teach them on how to prioritize savings over spending, which is a valuable life lesson and one that takes time to learn.
According to him, opening a savings account for a child is one of the best ways to introduce them to that concept at an early age. 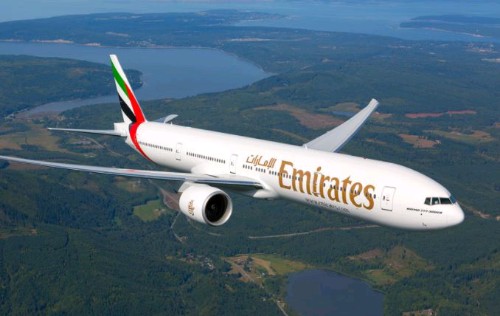 Emirates Airlines has announced the suspension of its flight operations to Nigeria, starting September 1, 2022.

The flag carrier of the United Arab Emirates (UAE) made this known in a statement on Thursday, citing the inability to repatriate its earnings in foreign exchange from Nigeria.

Last month, Emirates asked Hadi Sirika, minister of aviation, to support the repatriation of its revenue, amounting to $85 million. Nigeria is facing a forex exchange crisis and this has also affected the nation’s local currency — Naira — to depreciate against the dollar.

The airline said the suspension would “limit further losses and reduce the impact on its operational costs that continue to accumulate in the Nigerian market”.

“Therefore, Emirates has taken the difficult decision to suspend all flights to and from Nigeria, effective 1 September 2022, to limit further losses and impact on our operational costs that continue to accumulate in the market,” the airline said.

“We sincerely regret the inconvenience caused to our customers, however, the circumstances are beyond our control at this stage. We will be working to help impacted customers make alternative travel arrangements wherever possible.

“Should there be any positive developments in the coming days regarding Emirates’ blocked funds in Nigeria, we remain keen to serve Nigeria, and our operations provide much-needed connectivity for Nigerian travellers, providing access to trade and tourism opportunities to Dubai, and to our broader network of over 130 destinations.”

In May, the International Air Transport Association (IATA) lamented the inability of foreign airlines to repatriate about $450 million in earnings

Of the amount, IATA said Nigeria alone is holding about $450 million due to a shortfall of foreign exchange (FX) and a dwindling reserve.

Sam Adurogboye, spokesperson for Nigeria Civil Aviation Authority (NCAA), in a chat with TheCable, pleaded with the government to help the airlines repatriate the funds. 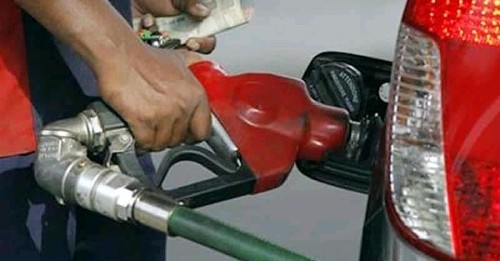 The latest data on the amount spent on subsidizing Premium Motor Spirit, popularly called petrol, revealed that the government spent N1.593tn between January and June 2022 on subsidy.

It was also gathered that the Nigerian National Petroleum Company Limited pumped N54.66bn into refinery rehabilitation during the six months.

Figures obtained from the NNPCL’s presentation to the Federation Accounts Allocation Committee meeting for July 2022 showed that subsidies on petrol were implemented in June. The company transited from a public oil firm to a commercial entity last month.

It also made it clear in July that subsidy on petrol was now a burden of the Federal Government and not its responsibility.

An analysis of the July presentation to FAAC showed that fuel subsidy or under-recovery/value shortfall, as described by NNPCL, rose to N1.593tn in the first half of 2022.

Figures from the report indicated that the amounts spent as subsidy on the commodity in January, February, and March were N210.38bn, N219.78bn, and N245.77bn, respectively.

On refinery rehabilitation, the oil company spent N9.11bn in January and made no expense in February and March. It invested another N9.11bn in the facility.

It spent N9.11bn in each April and May 2022 on refinery rehabilitation, while investing N18.22bn on the plant in June.

In April this year, the Minister of State for Petroleum Resources, Chief Timipre Sylva, said the April 2023 completion date for the rehabilitation of the Port Harcourt refinery was feasible and that the plant would refine 60,000 barrels of crude by early next year.

“This project kicked off second quarter last year and where they are now is quite impressive. It is on schedule. The commitment is to deliver 60,000 barrels per day from this refinery by the first quarter of next year, and, of course, we are quite happy,” Sylva had stated while inspecting the facility.

The NNPC officially signed the contract with Tecnimont SPA for the $1.5bn rehabilitation program of the Port Harcourt Refining Company in April 2021 and had promised that the facility would be completed in 18 months.

Meanwhile, the company’s July presentation to FAAC stated that the sum of N391.529bn was the gross domestic crude oil and gas revenue for June 2022.

It noted that the value shortfall on the importation of PMS recovered from June 2022 proceeds was N319.176bn while the outstanding balance carried forward was N1.01tn.

The Chief Executive Officer, NNPCL, Mele Kyari, during the unveiling of the newly commercialized oil firm, stated that the company was now a private outfit and had nothing to do with FAAC anymore.

Responding to a question on what would happen to NNPC’s monthly FAAC contributions, kyari replied, “We are now a private company. Would MTN go to FAAC?”

When probed further to tell if there would be no more FAAC remittances from the company going forward, he said, “We will pay our taxes, royalties, and deliver dividends to our shareholders.”

Asked about the arrears to FAAC that were not delivered by the firm over the years, the CEO said, “Which arrears? That’s Nigerian National Petroleum Corporation.”’

On how the oil firm would handle subsidy on petrol being a commercial entity, Kyari replied that fuel subsidy was not a burden of NNPC.

The CEO had said, “Subsidy is not NNPC’s burden. The subsidy is the decision of the state and in every jurisdiction anywhere in the world, countries see them differently. In some countries, they put petroleum tax on top of the market price of these products.

“So, when decisions are to be made in some jurisdictions, they will reduce the level of taxation. That also is another form of subsidy. In some countries, you have zero taxation but you will pay the market price for the commodity. That also in a way, in the fiscal system, looks at it from a subsidy point of view.

“In very many countries, a leader can decide that I don’t even want my countrymen to buy it at the market price. I’m ready to reduce that price for them so that they can buy.”

Kyari added, “In either case, whichever way the decision and the policy of the state decides, you know NNPC is there in the space to provide the product to the state at commercial value and, of course, it is also our duty to deliver to the customer at the price that the state wants.

“So it is no longer an NNPC issue. NNPC will have no issue with this. NNPC will be happy to supply because we will now see the state as our customer.”

Subsidy on petrol has remained an issue of concern among Nigerians and international agencies, as its humongous cost has continued to drain the treasury of the Federal Government. 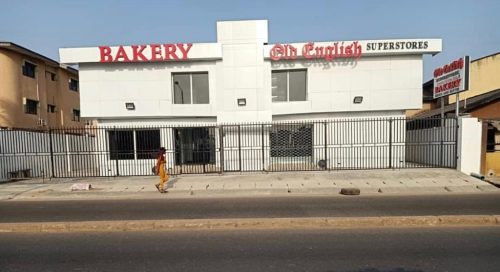 With four branches already booming and servicing its teeming customers, the novel Superstore, Old English Supermarket has opened another outlet.
This is to further realize its aim of becoming the superstore of choice for millions of upwardly mobile Nigerians.
Old English Supermarket founded a couple of years ago, is a rare combination of visionary enterprise, diligent service, public affection, and love. The idea is herculean in execution yet audacious in its simplicity and excellent returns. 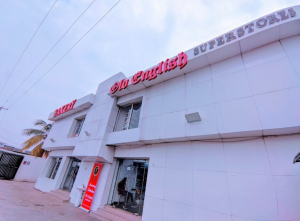 With its branches in Omole, Abule Egba, GRA-Ikeja, and Isolo already satisfying customers and enjoying good patronage, the new outlet which is now opened in Surulere is meant to cater for a new set of customers who want quality service and an innovative approach to customer satisfaction and Service delivery.
Old English owned by entrepreneur extraordinaire, Akogun Lanre Alfred, is poised to be the largest retailer in Nigeria and Africa, and also seeks to achieve commercial success by adopting a mass distribution business model that incorporates the input of every stakeholder to successfully integrate accountability and commercial success.
According to its objectives, its mission is to help families save money so they can acquire their needs and live better. OldEnglish scale to provide access to high-quality goods and fresh, nutritious food at low prices while creating opportunities for its associates and small and medium-sized global suppliers.