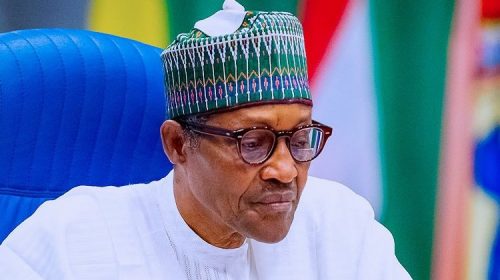 The Federal Government’s total borrowing from the Central Bank of Nigeria through Ways and Means Advances has ballooned to N15.51tn, rising by 2,286 percent in six years, data collated from the CBN have shown.

The N15.51tn owed by the Federal Government to the central bank is not part of the country’s total public debt stock, which stood at N33.11tn as of March 2021, according to the Debt Management Office.

The public debt stock comprises the debts of the Federal Government of Nigeria, the 36 state governments, and the Federal Capital Territory.

Ways and Means Advances is a loan facility used by the central bank to finance the government in periods of temporary budget shortfalls subject to limits imposed by law.

According to Section 38 of the CBN Act, 2007, the bank may grant temporary advances to the Federal Government in respect of temporary deficiency of budget revenue at such rate of interest as the bank may determine.

The Act says, “The total amount of such advances outstanding shall not at any time exceed five percent of the previous year’s actual revenue of the Federal Government.

“All advances shall be repaid as soon as possible and shall, in any event, be repayable by the end of the Federal Government financial year in which they are granted and if such advances remain unpaid at the end of the year, the power of the bank to grant such further advances in any subsequent year shall not be exercisable, unless the outstanding advances have been repaid.”

In the first six months of this year, the Federal Government borrowed N2.4tn from the CBN, more than half of what it got in the whole of last year.

The N2.4tn is also much higher than five percent of the Federal Government’s retained revenue of N3.9tn in the previous year.

As of June 2015, a month after the President, Major General Muhammadu Buhari (retd.) came into power, the total government borrowing from the apex bank stood at N648.26bn.

Last year, the government turned to the apex bank for a record N4.9tn to plug its fiscal financing gap, bringing its total borrowing to N13.11tn as of December 2020.

A global credit rating agency, Fitch Ratings, had in January raised concerns over the Federal Government’s repeated recourse to its ways and means facility with the central bank.

According to the agency, the use of central bank financing in Nigeria, which predates the COVID-19 pandemic shock, could raise risks to macro-stability in the context of weak institutional safeguards that preserve the credibility of policymaking and the ability of the central bank to control inflation.

“The CBN’s guidelines limit the amount available to the government under its WMF to five percent of the previous year’s fiscal revenues. However, the FGN’s new borrowing from the CBN has repeatedly exceeded that limit in recent years, and reached around 80 percent of the FGN’s 2019 revenues in 2020,” it said.

In February, the International Monetary Fund said Nigeria’s monetary policy operational framework should be reformed in the medium term, adding that the central bank financing of budget deficit should be phased out in order to reduce inflation.

“The increasing reliance on CBN overdrafts has come with negative consequences. The financing is costly for the Federal Government at interest rates of MPR plus 300 basis points, and for the CBN, with sterilization done through the issuance of OMO bills,” it said.

The IMF added that the complete removal of central bank financing of fiscal deficits would require higher domestic revenue mobilization.

The Washington-based fund had on April 28, 2020, approved Nigeria’s request for emergency financial assistance of $3.4bn to support the country’s efforts in addressing the severe economic impact of the COVID-19 shock and the sharp fall in oil prices.

In a letter of intent to the IMF, the Minister of Finance, Budget and National Planning, Mrs. Zainab Ahmed, and the CBN Governor, Mr Godwin Emefiele, said the recourse to central bank financing would be eliminated by 2025.

They added that the existing stock of overdrafts held at the CBN would also be securitized.

JUST IN: Buhari Approves Review Of 368 Grazing Reserves In 25 States