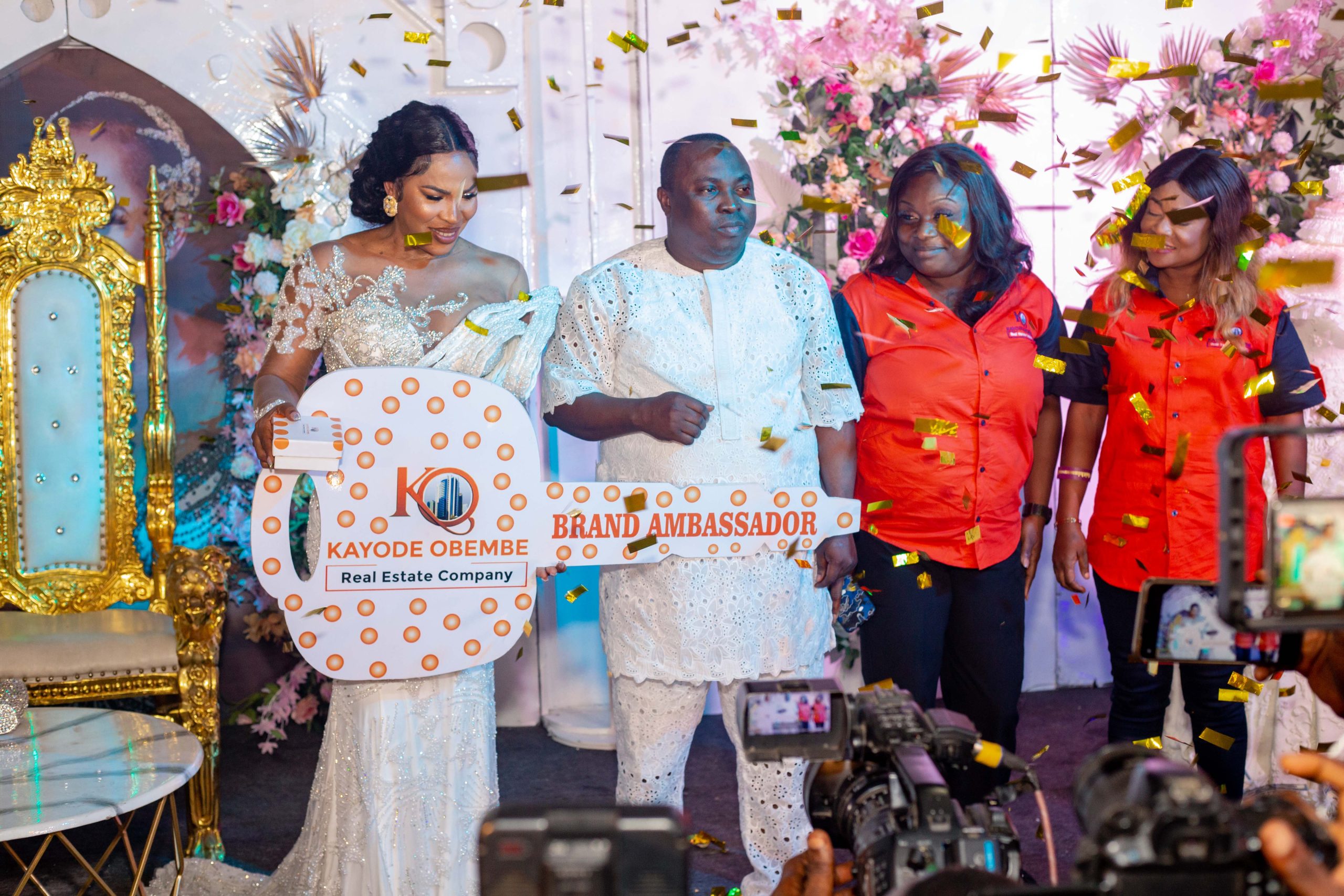 Nollywood Actress Faithia Williams celebrates in double dose as she bags a new endorsement deal with Kayode Obembe Real Estate Company at her Grand style birthday party which took place at the Federal Palace Hotel on the 27th of February 2022.

During the event, the celebrant, Faithia Williams bagged a new Endorsement deal with Kayode Obembe properties as she was gifted a brand new car by CEO, Pastor Kayode Obembe.

Speaking on the Endorsement Deal, Faithia Williams had this to say “ This endorsement deal means a lot to me because Kayode Obembe Real Estate Company believes in Integrity, Class, Quality Products and Customer Satisfaction which is what “Faithia Williams” The brand portrays. I want to say a big thank you to Pastor Kayode for this great opportunity to collaborate with the brand and I promise to be a good ambassador to this brand. Finally, I want to use this medium to urge y’all to patronize Kayode Obembe Real Estate Company as you won’t be disappointed in any way”