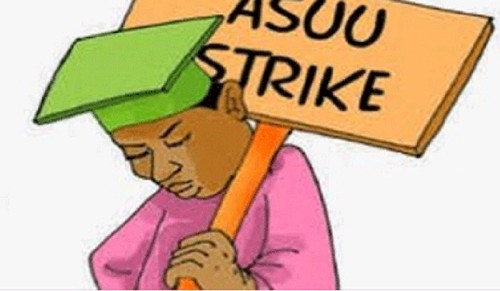 The national industrial court of Nigeria (NICN) has ordered the Academic Staff Union of Universities (ASUU) to call off its ongoing nationwide strike.

ASUU has been on strike since February 14 to press home the demand for improved funding for universities, and a review of salaries for lecturers, among other issues.

Several meetings between ASUU and the federal government have ended in a deadlock.

Consequently, the federal government went to court to challenge the strike.

James Igwe, counsel to the government, prayed the court for an interlocutory injunction restraining ASUU from taking further steps as regards the strike, pending the determination of the substantive suit.

Igwe said the suit was filed in the national interest, adding that the strike will result in irreparable damage to Nigerian students and to the country.

The counsel had submitted that section 18(1)E of the Trade Disputes Act provides that employees cannot be on strike when a matter is before the industrial court.

Opposing the application, Femi Falana, counsel to ASUU, said asking the union to resume work is “wrong and scandalous”.

He said there would not have been a need to embark on any strike if the applicants had kept to various agreements and MOUs reached in the past.

He also said the injunction was not necessary as there is no urgency since the strike had lasted for seven months.

He held that the strike is detrimental to public university students who cannot afford to attend private tertiary institutions.

He said the TDA mandates workers not to embark on strike once an issue has been referred to the industrial court.

“The balance of convenience tilts in favour of the applicant,” he held.

The court, therefore, restrained “ASUU, whether by themselves, members, agents, privies or howsoever called, from taking further steps and doing any act in continuance of the strike action pending the hearing and determination of the suit filed”.

The judge also refused to fine the federal government as demanded by ASUU.