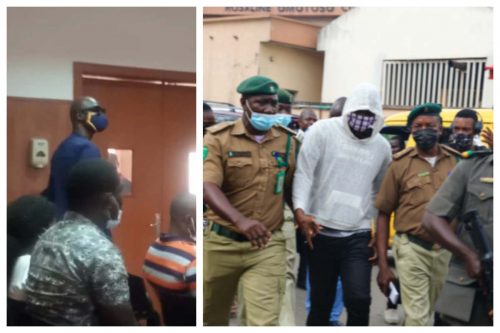 Baba Ijesha, the embattled Nigerian actor, has arrived at the special offences courts in Ikeja, Lagos state for his trial on the allegation of sexual assault.

The 48-year-old was arrested and detained by the Lagos police after he was alleged to have sexually molested a 14-year-old girl, who is a foster child to Comedian Princess.

The actor is being tried on a six-count charge which includes sexual assault by penetration, indecent treatment of a child, and sexual assault.

In June, the movie star was granted bail in the sum of two million naira.

His trial for the alleged offences is expected to last between July 26 through 27 and 28 respectively. 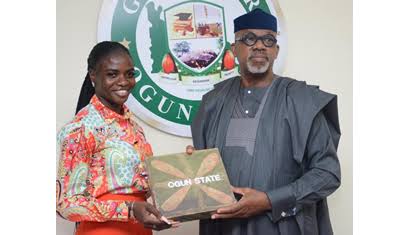 The Ogun State Governor, Dapo Abiodun, on Tuesday, announced a cash reward of N5 million and a house to the World, Commonwealth, and African 100 meters hurdles, Oluwatobi Amusan.

The governor also named her the Ogun State Sports Ambassador.

Abiodun, in a statement issued by his Chief Press Secretary, Kunle Somorin, hosted Amusan at his Oke Mosan Office, Abeokuta, the state capital.

The governor on April 26, 2021, adopted the star athlete, whose exploits were made known to the governor by the Minister of Youths and Sports, Sunday Dare.

Abiodun described Amusan as a role model to the girl-child and a practical example of a truism that what a man can do, a woman can even do better.

“So, you will be our Sports Ambassador; I am happy that you said you are not from any other state. You are from Ogun and not from Lagos and you want to come back home. We also want to ensure that you come back home.

“We want to assure you that as you come back home, you have a home here in the state. So, in view of that, we are also going to be presenting to you a home in Ijebu-Ode.

“On top of that, we will be giving you a small token, we will be donating to you a sum of five million naira,” he said.

Abiodun noted that his administration is on course to give the Ijebu-Ode Stadium the necessary facelift it needs.

He added that the call by the star athlete to use the stadium to train whenever she is in the country will further prompt his administration to fast-track the rehabilitation of the stadium.

“We are in the process of rehabilitating a few of our sports facilities, I have spoken to the Minister of Sports and a few other people, but, now that we have one of our own who is saying that I want to train in that stadium, that puts us under a lot of pressure to ensure we prioritise Ijebu-Ode stadium because we want you to come and be training in that stadium,” the governor added.

Abiodun also said his administration considers the role of women very important in all spheres of human endeavor.

According to him the passing of a law to ensure the full emancipation of women in the state is the beginning of an era where women get more responsibility. 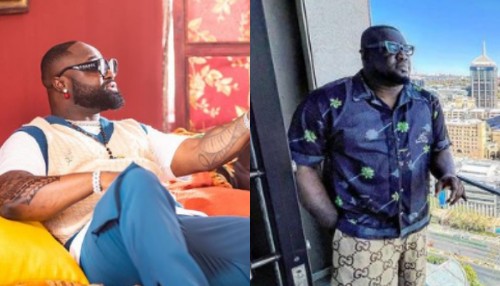 Harrysong had earlier alleged that Soberekon had tried to kill him in the past, claiming that he had evidence to his allegations.

In a talk show published on Monday, Harrysong had tagged Soberekon as his enemy who attempted to assassinate him (Harrysong).

Reacting to the accusation, Soberekon, through his lawyers, sent a defamation notice to Harrysong.

In the notice, Soberekon asked for a retraction of the statement, an apology, and N500,000,000 for compensation.

The notice was titled, “Request For Immediate Retraction, An Apology, And Payment Of Damages In The Sum Of N500,000,000.00 (Five Hundred Million Naira) Only For The Libelous Publication Made Of And Concerning The Person Of Mr. Soso Soberekon On All Social Media Platforms.”

It partly read, “It is our client’s further briefing which we verily believed that on the 3rd day of October 2022 he started receiving strange calls and messages from his friends, family members and colleagues on how you falsely accused him of trying to kill you in all social media platforms.

“You went to a live Television program (Frankly Speaking) alleging that our client is not your friend that he tried killing you in Port Harcourt without any justification.”

It further directed Harrysong, “Our client has consequently directed us to request for a retraction of the said publication and an apology to be published in two newspapers and several online news millets not later than seven days of the delivery of this letter and also the payment of the sum of N500,000,000.00 (Five Hundred Million Naira) as damages and compensation for the malicious publications made against our client.

“TAKE NOTICE that if you fail to had the request dour Client within seven days of the receipt of this letter, we shall be constrained to proceed to the court of law against you for exemplary damages for injurious falsehood and malicious publication made of and concerning our client.” 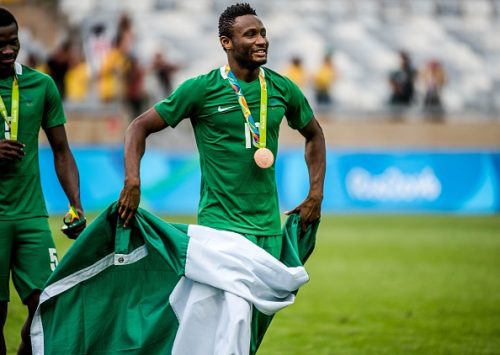 Former Nigeria captain Mikel Obi says picking Chelsea over Manchester United in a highly controversial transfer in 2006 was the “best decision” of his career.

The midfielder, who retired last week at the age of 35, was the subject of a bitter dispute between the Red Devils and the Blues in 2005, before signing for the latter the following year.

His decision to move to London, having initially signed for the Manchester side from Norwegian club Lyn Oslo, ultimately proved rewarding.

Mikel became one of the club’s most decorated players, winning the Champions League, Europa League, two Premier Leagues, two League Cups, and four FA Cups in an 11-year spell that ended when he left Stamford Bridge in 2017.

“I don’t regret any decision I made because I enjoyed everything I achieved at Chelsea – it’s the best decision I have ever made in my life,” Mikel told BBC Sport Africa.

“I signed a pre-contract for Manchester United when I was 17. If you are a kid and you see Sir Alex Ferguson right in front of you with the contract, of course, you will be tempted.”

Having made plenty of previous running, Chelsea were shocked when he signed for their rivals. His agent John Shittu immediately traveled to Oslo to take the player to London, while Lyn swiftly declared him missing.