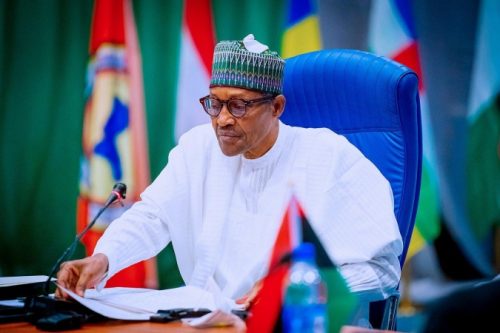 The CSO-PTF Support and Oversight Group, which includes 33 different civil society organizations, has called on the federal government to launch an investigation into the alleged poor equipment purchased by the Nigeria Police Trust Fund.

According to the organisations, President Muhammadu Buhari’s commissioning breached the NPTF Establishment Act since it was adverse to the ICPC’s ongoing investigation and subversive to the fight against corruption.

CSO-PTF Support and Oversight Group is a Civil Society Organization Observatory on the Implementation of the Police Act 2020 and the Police Trust Fund Act 2019, according to a joint statement released in Lagos.

According to them, it is a coalition of over 200 civil society organisations and activists spread across Nigeria and committed to promoting transparency and accountability in the implementation of the NPTF Act.

The statement reads in part: “We, the undersigned members of the CSO-PTF Support and Oversight Group have received with serious concern, the news of President Muhammadu Buhari’s commissioning, on the 13th of January, 2022, of 200 Buffalo Toyota operational vehicles and other equipment purchased by the Police Trust Fund for the Nigeria Police Force through alleged contract fraud.

“Our concern arises from the fact, not only that the said equipment was fraudulently purchased in utter violation of the PTF Act, but also that the equipment is currently subjects of an ongoing investigation by the Independent Corrupt Practices & Other Related Offences Commission (ICPC) based on a petition alleging abuse of due process, corruption and mismanagement of funds by the PTF Management.

“Fighting corruption is one of President Buhari’s signature commitments and the mantra on which he campaigned to be elected President.

“Several news media reported this scandal. According to the Vanguard Newspapers report of September 20, 2021 captioned “N11bn police equipment contract fraud: How infighting within NPTF management led to ICPC’s petition, an investigation” over N11 billion substandard equipment were fraudulently purchased for the Nigeria Police by the management of the PTF.

“The report further revealed that ‘sharing formula of proceeds from the fraudulent purchase of substandard equipment led to the petition’. The Chairman of the PTF Board of Trustees, former IGP Abba Suleiman, was reported to have testified before ICPC investigators as a witness, during which he made startling revelations of fraud, abuse of due process and mismanagement of the PTF funds by the management.

“The Management staff of the NPTF have also been invited by ICPC over the matter.

“It was further alleged that a former Deputy Governor who is a serving Senator eyeing 2023, and a Minister were fingered in the substandard equipment purchase.

“It was, for instance, alleged that the bulletproof vests that ought to possess double-sided shields were found to only possess shield on one side.

“It was further alleged that the helmets were too small and the Toyota Buffalo vehicles procured were largely substandard.

“It is unbecoming of the President that despite the alleged scandal associated with this procurement which allegedly breached due process and despite the ongoing investigation by the ICPC over the petition alleging fraud and corruption, the President went ahead to commission that equipment.

“The Chairman of the board is quoted to have denied knowledge of the procurement process and that the management of the NPTF has been frustrating him from resuming work with his staff at the office provided by the Nigeria Police Force.

“Is it that the President is unaware of these facts despite being widely reported in the media or is it that someone or a group of people are misleading the President?

“We note that President Buhari was represented at the commissioning by the Minister of Police Affairs who was quoted to have described the provision of the equipment as part of the ongoing reformation of the Nigeria Police Force. How can the commissioning of equipment that is alleged to be substandard and capable of exposing police personnel to grave danger if faced with criminals be part of any reformation?

“The Minister, speaking for President Buhari also commended the Board of Trustees, Management and Staff of the NPTF “for meticulously and meritoriously completing the project.’  We dare to ask: what can be meticulous and meritorious about an alleged fraudulent act that breaches the laws of the country?

“The IGP, Usman Baba, in his remark during the commissioning, was quoted to have said that ‘the items provided for the force are largely in line with the requisite operational specification, tested and found to be standard that would enhance effective and efficient policing.”

“Again, we dare to ask: on what did the IGP base this assessment? We are not aware that the ICPC has concluded or made public the outcome of its investigation into allegations that the equipment was substandard and unsuitable, in fact dangerous, for use by the police. Again, the IGP’s remark is preemptive of and prejudicial to the ongoing ICPC investigation.

“Was the IGP under pressure or in cahoots with those accused of mismanagement of Police Trust Fund?

“We in the CSO-PTF Support and Oversight Group call on the ICPC to expedite action, conclude its investigation into the serious allegations of fraud and mismanagement of PTF funds and make its findings public. All those found to be involved in the allegations should be brought to account.

“ICPC owes Nigerians the legal, moral and sacred duty of ensuring that nobody or group of individuals or groups, no matter how powerful, should be allowed to interfere with or derail the investigation.

“We in the CSO Observatory will continue to monitor and regularly update Nigerians on the progress of this investigation and generally on the operations of the PTF to ensure transparency and accountability in the management of the PTF and to ensure that the purpose of establishing the fund – which is to fill the funding gap for the Nigeria Police with a view to enhancing their operational capabilities to effectively discharge their functions of securing and protecting Nigerians from crimes and insecurity is achieved.”