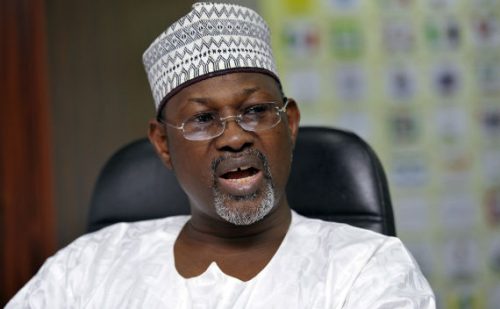 Attahiru Jega, former chairman of the Independent National Electoral Commission (INEC), says some judges who sit on election tribunals sell judgments to the “highest bidders” — then retire to avoid punishment.

Speaking at Owolabi Afuye Memorial Lecture organized by the Nigerian Bar Association (NBA) Oyo branch, Jega said some lawyers undermine the country’s security when they use “technicalities” to win cases.

The professor said the NBA and the body of benchers need to address these issues to save the country from a crisis.

“Similarly, many judges have become notorious for corrupt enrichment for ‘cash and carry’ judgments, especially in election matters generally and in election tribunals, more specifically.

“Some election tribunal appointments were in the past widely said to have been made to senior judges about to retire, who allegedly ‘sold’ judgments, most likely to the highest bidders, enriched themselves and quickly retired to avoid being sanctioned by the National Judicial Council.

“When lawyers use technicalities to subvert justice and ‘win’ cases without regard to the perpetuation of injustices, they basically help to undermine, rather than enhance national development, peaceful coexistence, and security.

“They discard ethical and professional conduct, and put parochial and/or self-serving objectives in the forefront of their practices.”

Jega said owing to the security challenges, many scholars are “beginning to perceive Nigeria now, perhaps exaggeratedly, as a failed state”.

“In some areas of the country, notably north-east and north-west geopolitical zones, famine is imminent, as insurgents and/or bandits have obstructed farming and agrarian food production and destabilized the rural economy, with the outright killing of whoever ventures out to their farms, or imposition heavy taxation on those allowed to farm,” he said.

“Indeed, things have been so bad for so long that some scholars are beginning to perceive Nigeria now, perhaps exaggeratedly, as a ‘failed state’.”