Sequel to the information received on 3/6/2018 from one ORIADE Adeola Rafiu “M” of No.1, Queen ORIADE Crescent Oju-Ore Otta , Ogun state that, on 28/05/2018 at about 2300hrs, Oriade Adebisi “m” was driving in his Honda Crostour Car with Reg.No. FST 350 FA together with his girlfriend Julian Eke Imaga “F” at Oru-Ijebu after paying his friend “Akogun” a visit.

All of a sudden as he was driving towards Oru junction, three armed armed men emerged in a motorcycle and whisked away the said Oriade Adebisi and his friend together with the car to unknown destination.

On the receipt of this complaint , Operatives of the IGP-Intelligence Response Team(IRT) led by DCP ABBA Kyari in collaborations of Oyo state FSars and Ogun state police command swiftly swooped on the hoodlums and two of the principal suspects (Muritala Babatunde “M” and Taiwo Rasak “M”) were subsequently arrested. An iPhone X and with etisalat sim and two pairs of canvas shoes belonging to the deceased Oriade Adebisi were recovered from the first suspect(Muritala Babatunde )

MURITALA BABATUNDE “M” 29 YRS: He hails from Oru Ijebu in Ijebu North Local Government area of Ogun state. That he is a university dropped out and that while he was in the university at Ago iwoye , he was initiated into cultism called Black Axe confraternity popularly known as “AIYE”.

That he is now the current Number one “AIYE” Ijebu-North axis and had in his possession two locally made pistols which He and his gang members normally use to perpetrate their nefarious acts. He added that on 28/05/2018 at about 2300hrs, having noticed the Said oriade Adebisi’s movement along Oru-Ijebu junction,

whom he had been nursing criminal intents against , he quickly called his gang members (Rasak Taiwo “m” aka IKU and Sodiq “m”) and the said Oriade Adebisi and his girlfriend were kidnapped in his car and taken to the bush along Ijebu-ode Awa/Ibadan expressway where both of them were killed.

He confessed further that before Oriade Adebisi was killed , he ordered him to deactivate his password on his iPhone and he took the iPhone and two pairs of shoes from his and thereafter abandoned the car at the expressway having dumped their lifeless bodies in a bush at the back of uncompleted building where they were murdered.

He Confessed that the late Victim whom he say was a Yahoo boy was giving money to a Rival cult group and was not giving him money and has not recognized him as the overall Cult leader of that area.

TAIWO RASAK “M” AGED 18YRS: He hails from Imota in Ikorodu LGA of Lagos state. He confessed that he was initiated into AIYE confraternity in year 2015. That he went to stay with the first suspect Muritala Babatunde at Oru-Ijebu who is the Number One in their confraternity. He added that on 28/05/2018 in the late hour of the night, Babatunde Muritala called him and one Sodiq “M” (cult member) to meet with him at Oru junction.

On their arrival , Babatunde Muritala told them that he wanted to kill Oriade Adebisi who has parted away with his money. He confessed that Muritala then called his girlfriend Seun Yetunde “F” who had been monitoring the said Oriade’s movement and she brought a bag that contained two guns and a cutlass.

That Muritala then gave him one of the guns, handled one and handed over the cutlass to Sodiq while waiting patiently for Oriade to come. Few minutes oriade and his girlfriend arrived in a car. Suddenly, “we based him down with gun” he said.

Muritala took over the steering having ordered the said oriade and the girl to the backseat while himself and Sodiq were at the back seat with them and they drove off the junction. He added that they took them to the bush along the expressway where they were killed with planks and gun.

The decomposing corpses of the deceased were recovered on 19/6/2018 and deposited at the General Hospital’s morgue Ijebu ode for autopsy . The car was also recovered and parked at Awa Division Ogun state and their Operational Guns were equally recovered. investigation continues.

Over 100 Killed In Plateau, Curfew Imposed On Three LGAs

Pastor Arrested In Kogi For Killing Sex Worker For Ritual, Beheaded And Severe Her Body {Photos} 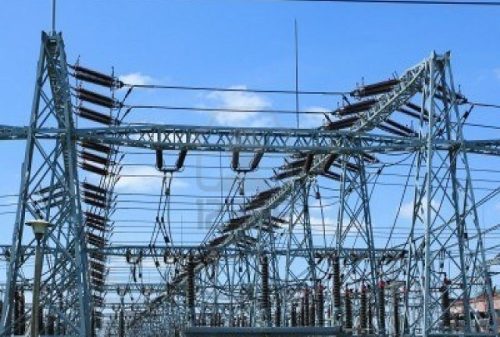 The collapse occurred days after electricity consumers said they had enjoyed improved supply.

The national electricity grid as of 10 am on Monday had 3,712MW generated from 21 Generation Companies (GenCos) before it dropped to 0MW one hour after.

According to the information from the System Operations, a section of the Transmission Company of Nigeria (TCN), only Afam IV was on the grid but with zero supply as of 12noon.

Since July 1 this year, consumers said power supply had increased in their various areas.

For instance, the Abuja Electricity Distribution Company (AEDC) recently confirmed an increment in its daily allocation to over 500MW from the actual 300MW it had distributed before then.

Though the national grid had not crossed 5,000MW, Daily Trust observed that level of load rejection especially around the DisCos’ networks had dropped significantly with some customers entitled to a five-hour supply, recording over 12 hours daily.

The Nigerian Electricity Regulatory Commission (NERC) had attributed the improvement in power supply nationwide to the partial activation of contracts that seeks to hold sector operators liable for deliberate incompetence.

The national grid collapsed twice in July and in August but was quickly restored and power supply improvement was sustained before the latest system collapse on Monday.

According to records, this is the seventh system collapse this year, much more than the three recorded last year.

Although TCN, the national grid manager was yet to establish the cause of the crash, some insiders said it could be a result of maintenance of the 330 kilovolts Jos – Bauchi transmission line maintenance slated for Monday.

Some DisCos including Kaduna Electric, Enugu, and Kano, had already communicated the nationwide outage to their customers noting that efforts were ongoing to restore supply.