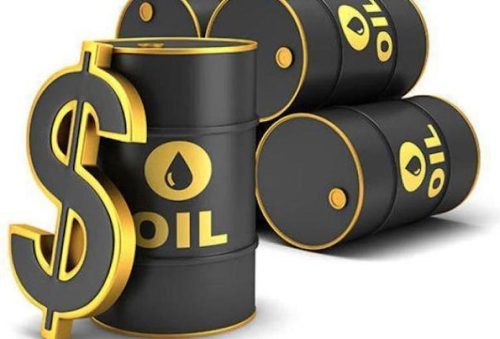 The country’s persistent inability to fulfill its output objective, according to officials from the Federal Ministry of Petroleum Resources and the Nigerian National Petroleum Company Limited, has resulted in a monthly decline in the NNPC’s remittances to the Federation Account.

They blamed Nigeria’s long-term inability to reach its OPEC output limit on a wave of oil pipeline vandalism, as well as a delay in fully implementing the Petroleum Industry Act.

It was gathered that before the PIA was assented to by the President in August 2021, some international oil companies were already developing cold feet with respect to investing in the upstream oil business.

It was, however, learned that the President’s assent to the PIA gave confidence to some of the IOCs.

But government officials explained that the drag in the implementation of the PIA coupled with the recent suspension of petrol subsidy removal and a possible amendment of the Act was currently impacting negatively on the sector.

These factors, according to experts and senior government sources, are contributory to the inability of Nigeria to meet its OPEC crude oil production target.

Nigeria is a strong and long-standing member of OPEC. A document obtained on Tuesday from the 13-member organization, which was a Reuters survey of OPEC crude oil production for January 2022, showed that the country’s output last month was below the OPEC-approved crude oil production target.

It was observed that Nigeria’s 1.46mbpd production in January was slightly higher than its 1.41mbpd December 2021 output, but the survey pointed out that OPEC struggled to pump at target due to the inability of members to meet their targets despite the rise in oil prices.

The survey indicated that the OPEC output in January this year rose by 210,000 barrels per day over the December 2020 production, adding that Angola and Nigeria were among the producers that could not meet their targets.

It stated that OPEC’s oil output in January again undershot the increase planned under a deal with allies, highlighting some producers’ struggle to pump more even as prices trade at a seven-year high.

“OPEC pumped 28.01 million barrels per day in January, up by 210,000bpd from the previous month but short of the 254,000bpd increase allowed under the supply deal,” the document read in part.

OPEC and its allies, a group is known as OPEC+, had agreed to allow for a 400,000bpd production increase in January from all members, of which about 254,000bpd was shared by the 10 OPEC members participating in the deal, according to OPEC documents.

Commenting on the factors limiting Nigeria’s ability to meet its OPEC quota, an official of the NNPC, who pleaded not to be named due to lack of authorization, said, “Vandalism, oil theft and the impact of COVID-19 are affecting our production capacity.

“However, it is important to state that with energy transition globally, the IOCs are not very keen on increasing crude oil production. Although this is a global issue.”

Another source at the oil firm observed that “the seeming uncertainties in the implementation of the PIA, coupled with the investment drop and divestments by the IOCs, particularly onshore and shallow water assets are also taking their toll on our oil production.”

Speaking further on the matter, an impeccable source at the FMPR told our correspondent that the oil production slump also warranted the monthly fall in remittances to the Federation Accounts Allocation Committee by the NNPC.

“This is despite rising crude oil prices, which crossed $90 per barrel recently,” the source stated.

Meanwhile, industry figures seen on Tuesday showed that the cost of Brent, the crude against which Nigeria’s oil is priced, dropped marginally by $0.78 or 0.87 percent to $88.48 per barrel as of 4 pm Nigerian time.