In fulfillment of its desire to continuously find ways to serve its customers better, NOVA Merchant Bank (www.novambl.com) is pleased to announce the launch of its newly redesigned website.

This new version has features and functionalities to enhance the accessibility of the website. The navigation of the website has been simplified so clients can easily access relevant information. A chatbox also now exists for better customer engagement as well as more digital content.

“In keeping with our business philosophy, we ensured the customer was at the centre of our website redesign effort and focussed on how we could leverage this platform to serve our customers better” stated the MD/CEO, Anya Duroha.

According to the Chairman, Mr. Phillips Oduoza, “The website redesign so soon after the Bank’s launch demonstrates our commitment to continuous improvement and ways to keep exceeding customer’s expectations”.

Naira Notes Will Be Out Of Circulation Soon, Embrace e-Naira – CBN 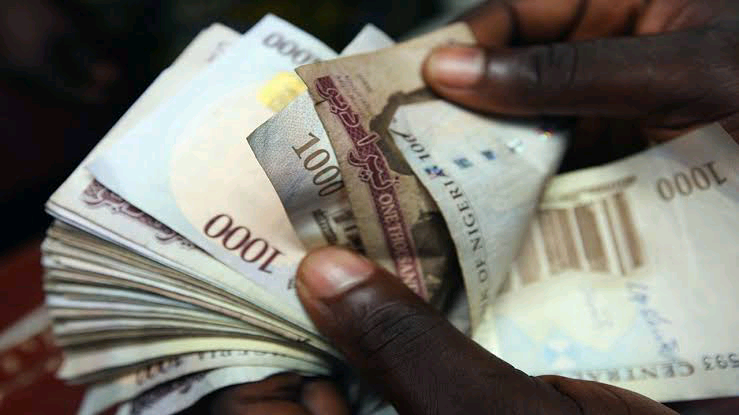 The Central Bank of Nigeria (CBN), has urged traders to embrace the e-naira, noting that paper naira notes will soon be out of circulation.

Mr. Godwin Okafor, controller, Delta State Branch of CBN, stated this on Friday at the popular Ogbogonogo market during the market sensitization on e-Naira.

“We are here at the market today to sensitize the market people on the use of e-Naira. It is fully backed by CBN, unlike Bitcoin which has no legal backing”.

Report has it that the consultant of CBN on e-Naira, Dr. Aminu Bizi, said Delta was chosen as the second state to sensitize market women on e-Naira after Lagos.

“We are here to sensitize market men and women, shop to shop on the use of e-Naira. CBN has gone behind ATM, and POS, therefore, we are going to meet the Okada/tricycle union on this policy.

“Paper currency will soon be out of circulation because CBN spent money to print money and people abuse the currency in the market, spraying at the occasion, payment of Okada/tricycle and others and CBN is losing”

He said the use of e-Naira was effective, charges free unlike ATM and POS, and cannot be hacked by fraudsters.

In his remark, the Secretary to the State Government, Chief Patrick Ukah, applauded CBN for the e-Naira initiative.

Ukah who was represented by the Director of Finance and Account in the office of SSG, Mr. Benson Ojoko, said the state was delighted with CBN programs, describing e-Naira as a laudable program that has placed Nigeria in international finance. 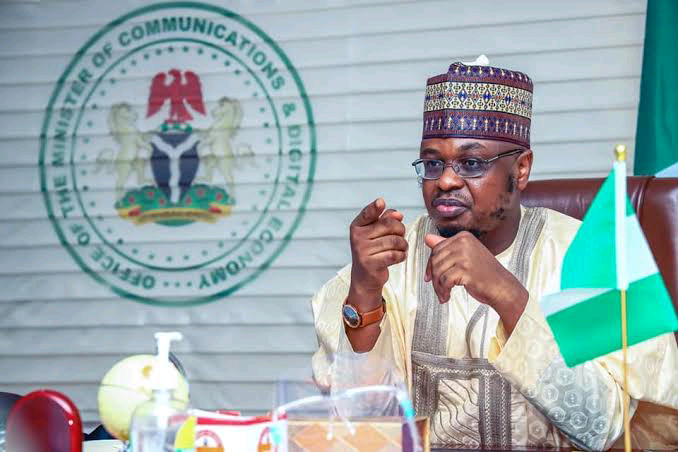 The Federal Executive Council has approved a plan to incentivize and further harness Nigeria’s digital innovation and entrepreneurship ecosystem.

This followed the presentation of a memo by the Minister of Communications and Digital Economy, Professor Isa Ali Ibrahim Pantami.

The approval, according to the ministry will enable the implementation of strategies to encourage and support the development and growth of more Innovation-Driven Enterprises (IDEs), which have the potential to create millions of additional jobs in the country.

This will also help to develop innovative solutions to societal problems, and rapidly growing, as well as diversify the Nigerian economy, in line with the National Digital Economy Policy and Strategy (NDEPS) for a Digital Nigeria.

The ministry said a number of the proposed strategies resulted from recommendations that were made at an interactive forum held on 22nd February 2022, where the Honourable Minister led a Federal Government Delegation on a working visit to the Lagos digital innovation ecosystem.

The delegation included the Director-General of NITDA, the Executive Vice Chairman of the Nigerian Communications Commission (NCC), the Post Master General, and the Managing Director of Galaxy Backbone Plc.

The visit provided a useful platform for open and interactive discussions on the ecosystem’s pertinent challenges and interventions required from the government to enable the ecosystem to achieve its full potential.

The forum was attended by 143 ICT and Startup Companies.

The delegation also paid a visit to 3 selected tech startups, namely: Flutterwave (currently valued at US$3 billion), Treepz (with current funding of US$3.1 million), and Reliance Health (with US$48.3 million in funding).

The Nigeria Startup Bill (NSB) was earlier approved by the Federal Executive Council and forwarded to the National Assembly and the process is about 90% complete. The approval of the incentives at the Council will consolidate the gains recorded for far in the NSB process. The implementation of the National Digital Economy Policy and Strategy (NDEPS) emphasizes the importance of the innovation and startup ecosystem to the development of an indigenous digital economy. The Ministry will continue to position Nigeria to develop this ecosystem to transform Nigeria into a country with a sustainable and thriving digital economy. 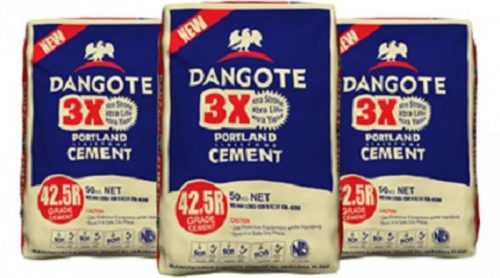 Analysis of the cement giant’s three months results indicated that Dangote Cement sold a total volume of 7.2Mt of cement across the group with Nigerian operations accounting for 4.8Mt while the rest of Africa did the balance of 2.4Mt.

Chief Executive Officer, Dangote Cement, Michel Puchercos, in his comments, said that the company started the first quarter on a positive note despite the new uncertainties brought by a very volatile global environment. He stated that increases recorded in revenue and profitability drove strong cash generation across the Group. Profit after Tax rose to ₦105.9 billion, up 18 percent compared to last year while Group EBITDA rose to  ₦211.0 billion, by 18.6 percent with an EBITDA margin of 51.1 percent.

Puchercos said, “On the operational side, we are ramping up production at our Okpella plant and are progressing well to deploy grinding plants in Ghana and Cote d’Ivoire. Demand remained strong across all markets, and we remain confident that Dangote Cement is positioned to meet customers’ expectations despite these temporary challenges.

Continuing our efforts to deliver shareholder value, Dangote Cement completed the second tranche of its buyback program. Following the completion of both tranches, Dangote Cement has now bought back 0.98% of its shares outstanding. This share buy-back program reflects the Company’s commitment to finding opportunities beyond dividend to return cash to shareholders.”

Puchercos added, “the volatile international context is strengthening our efforts to ramp up the usage of alternative fuels and execution of our export-to-import strategy. Reducing our dependence on imported inputs and making our markets self-sufficient has never been more relevant from a regional perspective.

Our continuous focus on efficiency, meeting strong market demand, and maintaining our costs leadership drives our ability to consistently deliver superior profitability and value to all shareholders.”

Dangote Cement is Africa’s leading cement producer with nearly 51.6Mta capacity across Africa. A fully integrated quarry-to-customer producer, it has a production capacity of 35.25Mta in its home market, Nigeria. The Obajana plant in Kogi State, Nigeria, is the largest in Africa with 16.25Mta of capacity across five lines; the Ibese plant in Ogun State has four cement lines with a combined installed capacity of 12Mta while the Gboko plant in Benue state has 4Mta, and Okpella plant in Edo state has 3Mta. Through recent investments, Dangote Cement has eliminated Nigeria’s dependence on imported cement and has transformed the nation into an exporter of cement serving neighboring countries.

Naira Notes Will Be Out Of Circulation Soon, Embrace e-Naira – CBN

Refund Nigerians Who Paid For Prepaid Meters – FG to DisCos