A chieftain of People’s Democratic Party, PDP, in Lagos, Mr. Segun Adewale (Aeroland) has declared that he remains the substantive chairman of the party in the state.

Aeroland recently pumped a fist against the current occupier of the chairmanship position of the party Dr. Adegbola Domnic.

He said Dominic’s continuous occupation of the sit was against the law, as such, it has become illegal to continue to do so.

The businessman and politician while recently decrying the dwindling fate of the Umbrella party in Lagos, especially in the just concluded gubernatorial election in the state, pointed out categorically that Domnic allegedly worked with subterfuge for the defeat of PDP in the state.

While speaking at an elders meeting summoned at the instance of Chief Bode George, Adewale alleged that Domnic with the connivance of some party leadership compromised PDP’s victory by collecting an undisclosed sum of money from another gubernatorial candidate in the Lagos race.

According to him, PDP’s governorship candidate, Jimi Agbaje who has was alleged to have selfishly cornered campaign funds from Abuja, which he has not been able to account for, was pointed to have worked for the emergence of Babajide Sanwo-Olu of the APC.

Aeroland pointed that this has been the bane of PDP in Lagos, since the return of democracy in 1999.

He alleged that party stalwarts like Olubode George have always sabotaged the party’s chances at the polls by working with Bola Tinubu, to deliver victory to his party.

On Tuesday, March 12, in commando style, Aeroland flanked by his cronies invaded the Ikeja Secretariat of the party, and locked down the space, and declared himself as ‘now in charge’ of party affairs in Lagos.

According to Adewale, the November 2017, process that elected Mr. Moshood Salvador (who has now defected to APC) and other state exco’s was a unilateral decision of one party leader, but was permitted in the interest of fostering intra-party peace.

After Salvador’s defection to the ruling APC, it was imperative to constitute an interim leadership to harmonize the party ahead of elections, this ushered in the Dr. Domnic-led exco, with a 90 days tenure expiration, which according to the books elapsed December 21.

Adewale maintained that the letter confirming him as chairman of People’s Democratic Party, PDP, Lagos Chapter stated that his tenure would run until June 2021. Thus, he stepped aside in a bid to stem the prolonged feud in the state.

“The letter confirming my chairmanship states my tenure expires in 2021 June. The letter didn’t state I should step aside.

I stepped aside voluntarily to stem the prolong crises in Lagos PDP. What I did was to allow peace to reign for the national leadership to allow full reconciliation.

“So, I decided to step aside. They then brought in Moshood Salvador. Salvador later left for APC. So, they said they needed somebody to fill the gap because of election. That was why they brought in Dr. Dominic and they gave him 90 days to act. His 90 days tenure has since expired and currently, we don’t have a chairman in that secretariat. That was the reason why I went there, chased them out. Right now, I am the state chairman of the party based on the letter I have, based on the election that was held before they asked me to step aside.”

According to Adewale, it has become imperative for him to act in the chairmanship capacity, thereby sacking Dr. Domnic whose administration had been marred by several misconduct that has threatened the progress of the party of on fronts.

Dominic’s regime was perceived to have recklessly changed all the authentic chairmen, from the ward to the LG within 2 months to the election , thereby creating factional chairmen at the ward to LG level.

This act Adewale maintained received the blessings of Chief Bode George whom he alleged prefers to stir up crises every four years in the party few months to the election.

In just 24 hours to the governorship election in Lagos, Dominic was also alleged to have changed list of party agents, a move found to be suspicious and in favor of the other party he worked for at the polls.

Dominic was also alleged to have set up a parallel Atiku campaign organization; this was against the template set up at the national level, of which he was the vice chairman.

Adewale has posited that a general assembly would soon be converged where Dr. Dominic and his cohorts would be expelled from the People’s Democratic Party for working against the presidential and Gubernatorial ambitions of Alhaji Abubakar Atiku and Mr. Jimi Agbaje respectively.

Governors-Elect To Get Certificates Of Return Next Week — INEC 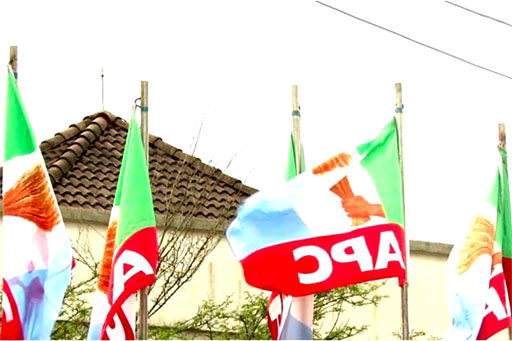 Aggrieved members of the All Progressives Congress have protested at the party’s secretariat in Abeokuta, Ogun State.

The protesters, who are members of the APC in Abeokuta South Local Government, stormed the secretariat to protest the removal of their names from the delegate list ahead of the party’s primary elections.


The party members, drawn from Wards 5, 8, and 15 in Abeokuta South, lamented that they were sidelined in the list of delegates.

Speaking on behalf of the aggrieved party members, Sharafadeen Ogunwolu, called on the state executive of the APC to wade into “the removal of members of the party the delegate list in Ward 5, 8 and 15 ahead of the primaries to produce legislative candidates of the party.”

Ogunwolu said, “If there is no dialogue, there is no primary election with the substituted members of the party by Hon. Fagbenro and his executive.”

Reacting, the chairman of the party in the council, Henry Fagbenro, denied substituting members’ names on the list of delegates, saying the allegations lack merits.

Fagbenro explained that Ogun State Governor, Dapo Abiodun, had through the state party chairman, Yemi Sanusi, directed that leaders of the 15 wards be allowed to select five delegates from each ward for onward submission to the party secretariat.

He said, “If these people want to fight then they should face their ward leaders who nominated five names of members to make the delegate list.”

Meanwhile, other aggrieved members from Ijebu-Ode had protested over the same allegation. They also accused their leaders of sidelining them on the delegates list.

Gbemi Saraki Takes Over Ministry Of Transportation As Amaechi Resigns 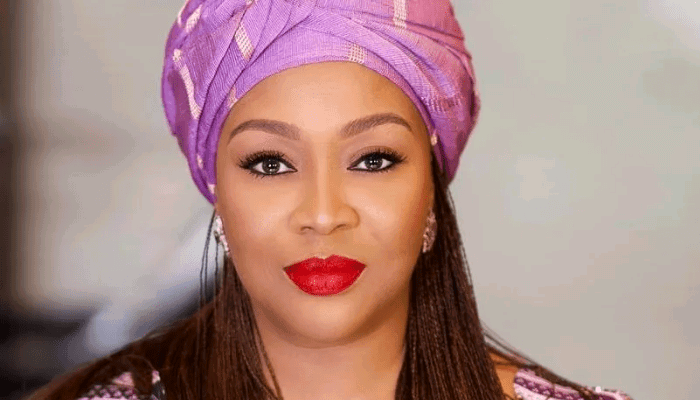 Gbemisola Saraki has now taken over as minister of transportation following the official resignation of Chibuike Rotimi Amaechi on Monday.

Amaechi formally resigned his appointment as Nigeria’s Minister of Transportation to enable him to pursue his ambition of contesting the 2023 presidential election.

“It is with mixed feelings that I tender my resignation as the Minister of Transportation of the Federal Republic of Nigeria to contest for the Presidential ticket of our great party, the All Progressives Congress,” Amaechi said in the letter.

According to him, “Your Excellency, it has been a great honor and privilege serving as a member of your cabinet following your historic victory at the polls in 2015. Under your administration, the Ministry of Transportation has recorded significant achievements, made possible by your visionary support and commitment to ensuring that we deliver on our mandate.”

“As I embark on the next phase of our mission to work towards a better Nigeria for all Nigerians, I humbly seek Your Excellency’s prayers, and blessings, and look towards your continuous support and guidance. Your Excellency, whilst humbly seeking your kind consideration of my request please accept the assurances of my highest esteem,” Amaechi added in the letter.

Amaechi was first appointed Transport Minister in December 2015 and served in that position till May 2019. He was reappointed in July 2019. Cumulatively, he held the position for more than six years.

Recall that President Muhammadu Buhari last Wednesday ordered all political appointees including Ministers, Ambassadors, and heads of agencies interested in participating in the 2023 general election to resign on or before May 16. 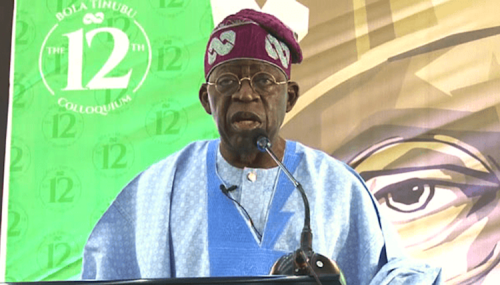 Asiwaju Bola Ahmed Tinubu, national leader of the All Progressives Congress, APC, has vowed that he will not retire from partisan politics until he becomes President of Nigeria.

Tinubu who made the vow during his campaign visit to Benue State on Tuesday ahead of the APC’s primaries slated to hold this Friday, said if elected, he would bring his wealth of experience to bear on the governance of the country.

“I won’t retire from politics until I am the president of Nigeria. I will bring the experience of my leadership in Lagos state as a Governor to bare on my leadership style in Nigeria.

There’s no contest between me and whoever will emerge as the candidate of opposition PDP,” he stated.

The APC National Leader assured that if and when elected as president of the country, he would run a transparent and open government.

“I guarantee you that I will run a transparent, open government. Nigeria is rich. What we need is to redirect our resources and channel them in the right direction,” he said.

Earlier in a remark, Sen Kashim Shettima while extolling the virtues of Sen JS Tarka as leader and emancipator of the minority interest groups in Nigeria, insisted that Asiwaju Tinubu is the right person to take Nigeria to the promised land.