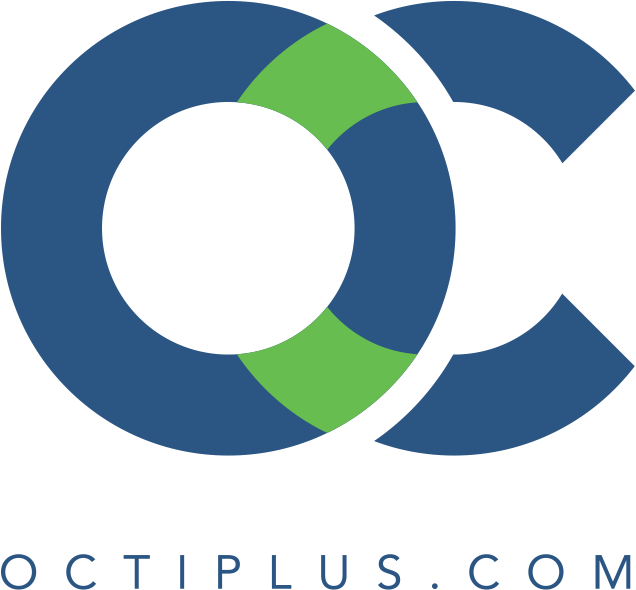 Octiplus as a bank-agnostic, all-in-one digital banking application, which grants users access to a bouquet of financial, lifestyle, and social networking features with the added convenience of converging card-based payments within one application irrespective of the issuing Nigerian Bank.

This state-of-the-art transactional and lifestyle application stands out in the industry, exposing customers to unique features which guarantee users access to relevant financial management tools which facilitate an improved spend and savings culture whilst affording users to a borderless transactional experience.

It is a mobile banking app developed and owned by the Bank and configured with a wide range of exciting features to meet the needs of the banking public.

The Divisional Head Innovation, Ikenna Imo stated that Octiplus promises an intelligent Omni-channel experience that augments the usual transactional features including bills payment, funds transfer, and airtime recharge with its unique ability to facilitate a person to person/group interactions which encourage small businesses and thriving side hustle for young professionals.

He further confirmed that the App is now available for download on the Google and iOS App Stores.

Expressing his delight over the feat achieved, the MD/CEO of the bank, Ifie Sekibo stated, “Heritage Bank is a technology-driven institution with vast knowledge as a service organization in the business of banking and with the introduction of Octiplus, it is indicative that we are driven by the passion to ensure that your financial, business and lifestyle objectives are delivered in a convenient and interactive manner.

“With Octiplus, we are set to redefine the concept of digital banking for the discerning mobile user, as the app is equipped with several exciting features that reiterate the Bank’s commitment to expand its digital architecture and modernize its interactions with the banking public, irrespective of your preferred financial institution.

Transcorp Hotels Records Impressive Turnaround In Q3 2021, With A 662% Growth In Profit 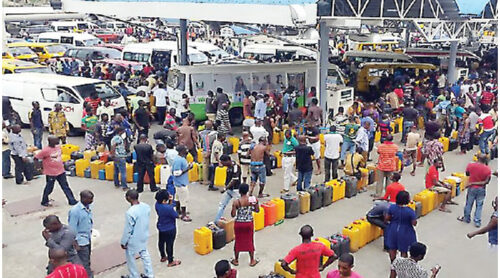 The federal government has assured Nigerians that there is no plan to increase the price of premium motor spirit (PMS), better known as petrol.

The Nigerian Midstream and Downstream Petroleum Regulatory Authority (NMDPRA) made this known in a statement released on Wednesday.

Kimchi Apollo, general manager, corporate communications, NMDPRA, issued the clarification amid speculations on the increase in price and availability of PMS, especially during the festive period.

“Consequently, marketers and the general public are advised to avoid panic buying, diversion of products, and hoarding,” the statement reads.

“In keeping with the Authority’s responsibilities as outlined in the Petroleum Industry Act (PIA), the Authority assures the public that it would continue to monitor the supply and distribution of petroleum products nationwide, especially during this holiday season.”

In the last week, many Nigerians have been grappling with petrol scarcity with queues surfacing in filling stations across the country.

The situation has resulted in a boom in black market sales while there have been insinuations that oil marketers may be hoarding the product to force a hike in the price.

Earlier report had it that some black marketers sold the product for between N320 and N350 per liter.

“We used to sell the product for N250 before now. But as the product has increased at fuel stations, we had no choice but to increase our price to N350 a liter,” a seller in the Satellite Town area of Lagos said on Monday. 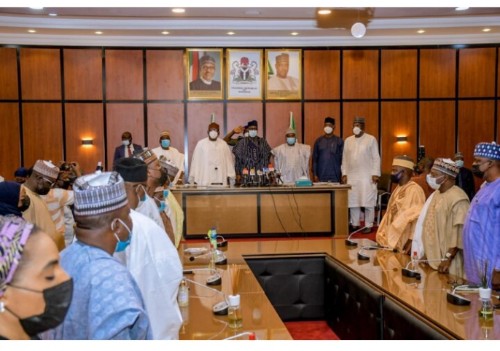 The federal government has blamed state governors for the high rate of poverty in the country.

Clem Agba, minister of state for budget and national planning, accused state governors of giving more thought to flyovers and airports than to improving conditions in rural areas.

He said this on Wednesday in Abuja while briefing state house correspondents on the outcome of the meeting of the federal executive council (FEC) presided over by President Muhammadu Buhari.

Agba said 72 percent of Nigeria’s poor citizens are found in the rural areas which have been abandoned by the governors.

He said governors prefer to function in the state capitals rather than build roads that will aid farmers in the rural communities to easily take their farm produce to the city.

According to the minister, the federal government’s social investment programmes have not been as successful as expected because of the lack of cooperation from the state governors.

“The governors are basically only functioning in their state capitals. And democracy that we preach about is delivering the greatest goods to the greatest number of people,” Agba said.

“And from our demographic, it shows that the greatest number of our people live in rural areas, but the governors are not working in the rural areas.

“When we talk about food prices, like I mentioned right now as driving inflation, prices of food at the farm gates are low. But when you now take it to the urban areas, you find out that the prices are high due to supply chain disruptions, lack of infrastructure to take them there.

“I think from the federal government side, we are doing our best. But we need to push that rather than governors continuing to compete to take loans to build airports that are not necessary where they have other airports so close to them.

“Or governors now competing to build flyovers all over the place and we applaud them, they should concentrate on building rural roads so that the farmers can at least get their products to the market.

“And you find that if they do that and with the new policy in the national development plan that talks about taking power to the rural areas, especially of out-grid power that can easily be put, you begin to attract industries to those areas for value-addition.”

“The result clearly shows that 72 percent of poverty is in the rural areas. It also showed clearly, that Sokoto state is leading in poverty with 91 percent,” he said.

“But the surprising thing is Bayelsa being the second in terms of poverty rating in the country. So, you see the issue is not about availability of money. But it has to do with the application of money.”

Agba further said states were in charge of land for agriculture but failed to invest in them for the desired effect on their rural citizens.

He advised state governors not to concentrate on building infrastructure that does not impact the common man, but rather focus on initiatives that can pull the majority of the people out of poverty.

“Like I always say, if you look at Abraham Maslow’s hierarchy of needs, he says you have to take care of the basic needs of individuals first before you begin to talk about self-actualisation,” Agba added.

“So we need to take care of the issues of food, nutrition, housing and clothing for our people.

“Before we begin to think of how to go to the moon and begin to build flyovers and airports in the state capital, that is the missing link which we need to push so that we’ll be able to catalyse growth.” 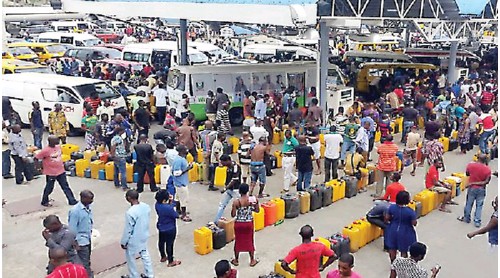 The Independent Petroleum Marketers Association of Nigeria (IPMAN) says the distribution crisis caused by vandalism of depots belonging to the Nigerian National Petroleum Corporation (NNPC) Limited should be blamed for petrol scarcity in parts of the country.

Chinedu Okoronkwo, IPMAN president, spoke on Tuesday during an interview on Channels Television.

In the last few days, many Nigerians have been grappling with petrol scarcity as queues have surfaced in filling stations across the country. Some stations sell petrol above N230 per litre while the black market price is as high as N300.

Amid the scarcity, there have been insinuations that oil marketers may be hoarding the product to force a hike in the price.

Speaking on the development, the IPMAN president denied the claim that oil marketers are to blame.

Okoronkwo explained that since 80 percent of NNPC depots have been vandalised, the product is now being kept in the depots of private individuals, who bear the cost of transporting the product from the ports to their depots.

“I think I want to debunk it. It is very important to know where we (IPMAN) belong within the chain. This product – PMS – is the product the government is still paying subsidy for, that is government brings it in – NNPC,” the IPMAN president said.

“Remember that nearly all the NNPC depots are not working, over 80 percent of them, because of vandalism. We have at least 21 (referring to NNPC depots) that I can count. When they bring this product in, they now begin to put it in private depots and pay them triple charges.

“When this product is pumped into those depots, the owners of depots claim to have ownership. Our members cannot easily access this product. They are now made to buy from tank farm owners, that is the third party.

“When this product is gotten from the mother vessel, those tank farm owners will go and bring it. They will now put their cost. You don’t expect them not to break even. These are the people who will now in turn sell to us.

“Those who get from NNPC directly, it is N148.19 per litre. These private tank farm owners, by the time they begin to put their own charges, which involve hiring vessels, NIMASA, NPA, and a lot of things associated, from their depots, you can get it for either N185 or N210.

“Their excuse will be they hire vessels to take the product from the mother vessel and some of these things are dollarised so you have no choice.”

Speaking on the availability of the product, the IPMAN president said NNPC has enough in stock.

“Those who have the muscle and everything still buy it. This product is there it is because of what I just said. NNPC has enough stock but because of this distribution something which we need to do something about this situation,” he added.