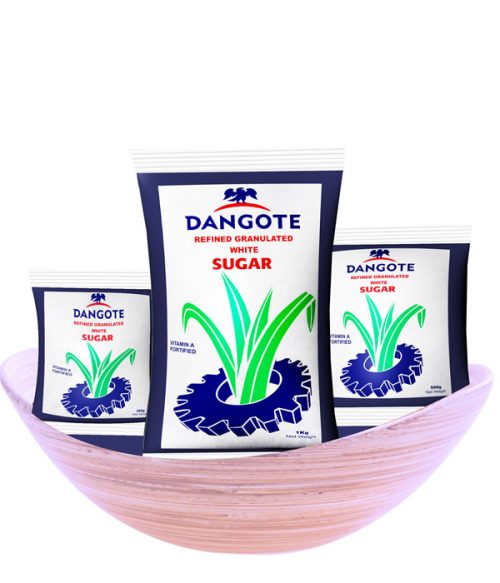 Chairman of Dangote Sugar Refinery Plc, Aliko Dangote has said that the National Sugar Master Plan (NSMP) when executed as designed could fetch the nation foreign exchange in excess of $700million yearly from the Backward Integration component of the plan.

Dangote made this disclosure recently while receiving in his office some businessmen who were on a visit to Dangote Sugar in Lagos.

He however warned that the BIP scheme must be protected to insulate the Nigerian economy to be able to achieve the twin objectives of local manufacturing and job creation.

“If the national sugar master plan is followed strictly and the players all follow the rules, the country will be better for it as Nigeria will save between $600 million and $700 million annually as forex,” he said.

Dangote also told the visitors that the Dangote Group is scaling up its social intervention in communities hosting its companies across the country.

He said efforts were being made to impact positively on the host communities saying his companies had expended billions of naira in states where these investments are located.

Dangote explained that the Corporate Social Responsibility projects undertaken by his companies was in addition to efforts by his Foundation, Aliko Dangote Foundation, which is presently giving out micro-grants to vulnerable women in all the 774 local governments across the country.

It would be recalled that the Minister for Industry, Trade and Investment, Otunba Niyi Adebayo who was on a working tour of the Dangote’s expansive Savannah Sugar Company (SSCL) Ltd in Numan, Adamawa State and Tunga sugar project site in Nasarawa State, described the projects as “huge, impressive and amazing.”

The minister said about the Dangote’s sugar plantation in Nasarawa State: “It’s a very impressive sight. Amazingly, such a project exists in this place.”

He added: “What we’ve seen so far from all the plantations we’ve been to are very impressive. We are impressed with the level of work they are doing.”

Group Executive Director, Government and Strategic Relations Mansur Ahmed had described Nasarawa State as one of the easiest states in the country to do business.

General Manager for the BIP, Dangote Sugar, John Beverley had said when the factory was fully operational, it would have the capacity to crush 12,000 tons of cane per day, while 90MW power would be generated for both the company’s use and host communities.

Last month, the Nasarawa State House of Assembly lawmakers who visited the Sugar Project site said they were highly elated and would give any legislative support to make the project a success.

Group General Manager Alhaji Bello Dan-Musa had told the visiting lawmakers that when phase II of the project is completed, it would make it the largest integrated plant in Africa. 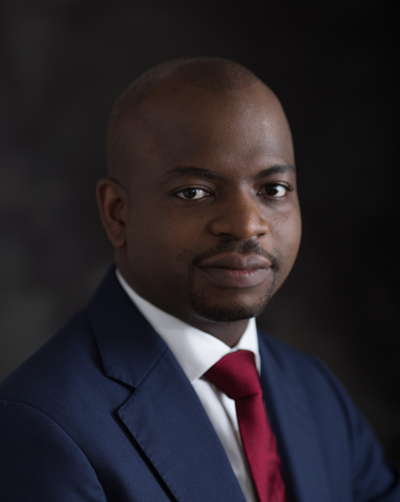 PSL Capital Limited, a leading indigenous broker/dealer firm, has completed a strategic rebranding effort as part of its accelerated company growth and renewal of its corporate vision. At the core of the rebrand is a change of the company name to Parthian Securities Limited and an update to the corporate logo and domain name (parthiansecuritiesng.com)

Over the past 5 years, Parthian Securities Limited has cemented its status as a market leader for securities trading in Nigeria and across Africa. It has experienced 30%+ YTD growth in client acquisition, tallying 1,100 customers across the country. This growth reflects the increasing recognition of individuals and companies that Parthian Securities Limited offers an easy and convenient platform for real-time trading of securities.

The rebranding is part of the organization’s strategy to evolve its business and create a platform for new opportunities. Despite the name change, the corporate philosophy remains the same as the company looks to invest in new and innovative ways to bring the financial markets closer to participants in the Nigerian Capital Market.

“Over the past nine years, we’ve built a strong reputation for innovation and excellence,” said Oluseye Olusoga, Group Managing Director, Parthian Partners Limited. “We want to leverage on the strong brand name that is Parthian and ensure that all subsidiaries under the group identify under a uniform brand name. While we wanted to reflect our work in the new naming accurately, we also wanted to properly market the organization in pursuit of new opportunities for future growth and expansion.”

In all, the renaming embodies an organization reinventing itself but is still very committed to its roots. The new identity builds upon its history of innovation and excellent service delivery and opens doors to the future.

Commenting, the Acting Managing Director, Parthian Securities Limited, Mr Ogunwale Kehinde, said: “We are excited about this change, and it marks a strategic pivot in our future direction as a business. While we remain committed to offering outstanding services to our amazing clientele, there is tremendous potential to grow, and this our new branding positions us to take full advantage of those opportunities.” 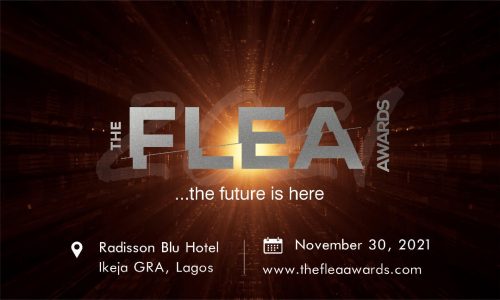 Freelanews has announced the maiden edition of her leadership and entrepreneurship awards, tagged TheFLEA Awards.

The publisher of Freelanews and founder of the award, Victor Ojelabi, while briefing the press in Lagos, hinged the motive behind the establishment of the award on the exigent need for national resurgence.

According to him, “Nigeria cannot properly develop if we continue to build on sociopolitical expediencies – run reactional government and businesses, pilot the affairs of our nation on the impulse of solving the most popular social or economic problem with short-term agendas and immediate gain motivation.”

He further explained that there is a need to be deliberate, holistic, and strategic in our planning as a nation; set a long-term focus on sustainable development, mirror how every element of our nationhood can interact efficiently in our policymaking.

“Leaders across the board must adopt a paradigm that focuses on the big picture such that our immense human and material resources can be maximized,” Ojelabi explained.

He summed that Freelanews will be using all its platforms and network of top media platforms in the country to enlist, review and honour individuals, groups, brands, and organizations with the prestigious TheFLEA Awards, to encourage the courage and dedication in the practice of future-oriented lifestyles or operations.

Uniquely, TheFLEA Awards are given to those leaders championing thoughts, causes, and operations that will have an evidential impact on the nation in the future.

The maiden edition of the TheFLEA Conference and Awards is planned to be an exclusive gathering of Nigeria’s top political and business leaders spanning key economic sectors and is scheduled to hold at the Radisson Blu Hotel, Ikeja, Lagos on the 30th of November, 2021.

“Every awardee’s activity is projected for the next ten years and expected impacts are extrapolated through our robust modeling algorithm. The pluralist model was adopted instead of the usual nomination-election model to identify the most appropriate winner in each of the twenty (20) carefully crafted categories,” he concluded. 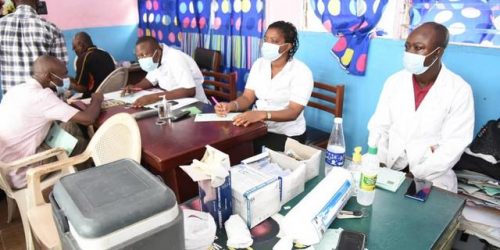 The federal government has mandated civil servants to get vaccinated against COVID-19.

Boss Mustapha, secretary to the government of the federation (SGF), said workers who fail to get vaccinated will be barred from entering their places of work.

Mustapha, who is also the chairman of the presidential steering committee (PSC) on COVID-19, announced this at a briefing on Wednesday.

He said starting from December 1, workers who do not show proof of vaccination and or a negative COVID-19 result will be barred from government offices.

“With effect from 1st December 2021, federal government employees shall be required to show proof of COVID-19 vaccination or present a negative COVID-19 PCR test result done within 72 hours, to gain access to their offices, in all locations within Nigeria and our Missions. An appropriate service-wide advisory/circular will be issued to guide the process,” he said.

According to the SGF, testing statistics generated over the last four weeks have shown that the infection rate is going down in some states, while in others, the trajectory is upward.

He said the restrictions placed on travellers coming into Nigeria from South Africa, Turkey, and Brazil have been eased.

“The honorable minister of aviation today presented the position of African countries on vaccine passport which some economic blocks and countries wish to impose, for travel purposes,” he said.

“This is because African countries have found it difficult to access the vaccines for their citizens in sufficient number.

“Over several months, four countries were placed on high-level restriction for travelers from such countries. The PSC has after a review of the developments in these countries, decided to remove South Africa, Turkey, and Brazil from the restricted list.

“As you are aware, the UK has eased restrictions on fully vaccinated travelers from Nigeria to the UK with effect from 11th October.”

He said the PSC will continue to review Nigeria’s protocols based on global developments, science, and national experience.