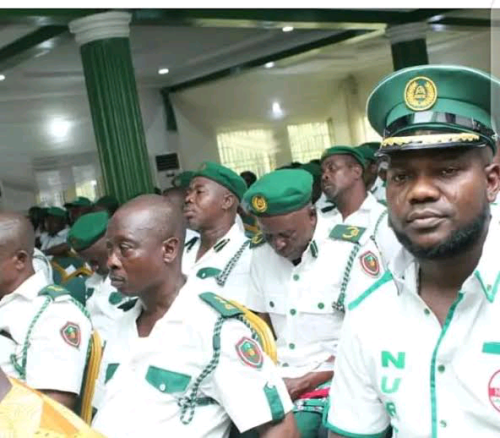 The President of National Union of Road Transport Workers (NURTW), Tajudeen Baruwa, has threatened to place an indefinite suspension on the union’s operations in Lagos State due to the unrest linked to some members of the union that was reported to have claimed lives and left several others with varying degrees of injuries as well as the destruction of property worth millions of naira.

Baruwa said that the executive committee members of the state chapter may also be suspended for not being able to manage unions members and coordinate activities under them in Lagos in a way that would have prevented violence that erupted in idumota which painted the image of the transport union wrongly.

He noted that the actions could be taken so as to allow proper investigations by the law enforcement agencies on the circumstances that led to the clashes and how members of the transport body in Lagos became involved in the unrest.

The NURTW boss, meanwhile, apologized to the State Governor, Babajide Sanwo-Olu, promising that efforts were already ongoing to ensure that such an incident does not occur and its members conduct themselves in line with the government vision and cooperate with his administration towards achieving its campaign promises within the state.

While condemning the unrest that put residents of Odumota in Lagos Island under panic and crippled commercial activities, the president of the transport union promised that under his watch, none of NURTW members in Lagos would be allowed to engage in actions that could truncate peace and harmony of the state.

This came barely 24 hours after the Lagos Command of the Nigerian Police arrested two chieftains of the transport body in Lagos, Azeez Lawal popularly called Kunle Poly, and Mustapha Adekunle, better known as Tafa Sego, over links to recent clashes in the state.

The Union President stated this through a statement made available to newsmen on Tuesday while sympathising with the families of the people that were reported to have lost their loved ones, suffered any form of injury, and recorded loss of property during the incidents.

Part of the statement reads: “We are using this medium to pass a strong message to the union’s members in Lagos at large, that state’s council executives and NURTW operations in the state entirely may be suspended indefinitely to allow investigation on the incident to be carried out diligently.

“However, consultations are ongoing with the state government, security agencies, and other stakeholders so as to reach an arrangement on next line of actions which would be determined by the outcome of the reached agreement.

“The state’s council executives and entire members of the union should bear in mind that notice of further action will be communicated upon conclusion by the apex body of the union”.

While further condemning the action, he stressed that the union’s national body was “not in support of such conduct and the ugly incident that occurred at Idumota axis of Lagos Island and we are disassociating the body from any act that is capable of promoting spilling of blood and paralysing businesses as witnessed a few days ago in Lagos.

“In ensuring that appropriate actions were been taken to end such conduct going forward, the union will be working with the Lagos State Government, security agencies, and other stakeholders to investigate as well as go after persons or groups that are behind this re-occurring barbaric display that led to the loss of lives and several properties in the community.

“We hereby assure Lagosians, as the national body of NURTW,  that something will be done to end such conduct. We cannot continue this way, putting a bad image on the entirety of the Union, this is unacceptable.

“The union is tendering its unreserved apology to the Lagos State Governor, Mr. Babajide Sanwo-Olu, entire Lagosians over inconvenience the ugly incident may have caused the state,  its law-abiding people, businesses that suffered the unrest, most.

“We commend the state government on the quick intervention that brought calm to the community and the body is assuring the government that all erring members who took to violence instead of peace will not go unpunished”.

You Lied About How Abiola Died, Family To Abdulsalami Abubakar