The announcement was made by the Founder and convener of BON Awards, Seun Oloketuyi on Saturday, November 28.

Accordingly to Oloketuyi, “the partnership with Lush Hair is a fantastic one, and we are excited to have them on board.

Their presence will definitely add colour to the event because the female guests with the best hairdo will be taking home a cash prize of N250,000, courtesy of Lush Hair. Also, asides from them fixing one of our host’s (Tana Adelana) hair and ushers hair for the event, every guest at BON Awards 2020 will be taking home gifts from Lush Hair,” he said.

BON Awards 2020, currently in its 12th year is set to hold on December 5 in Ado-Ekiti, Ekiti State.

Lush Hair, a venture by Lucky Fibres Limited (Tolaram Group) boasts of a wide array of hair extensions in the most exotic, fashionable, and lustrous forms. 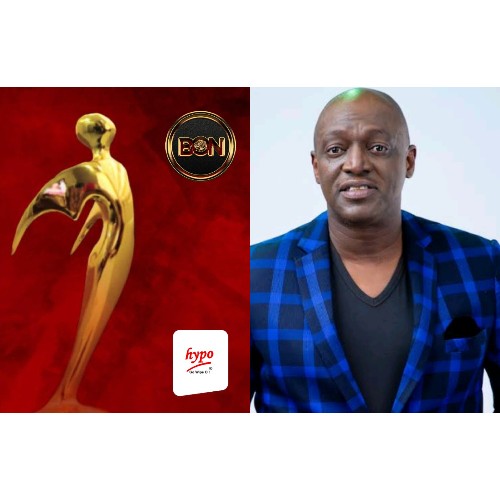 With the 2022 edition of the Best of Nollywood (BON) Awards set to hold this weekend on Saturday, December 3, in Owerri, Imo State, the organisers have announced a few last-minute changes to make the edition a truly memorable one.

In honour of the memory of ace gospel artiste, Sammie Okposo, who died in the early hours of Friday, November 25, the organisers have renamed the Best Soundtrack in a movie category after the late ‘Wellu Wellu’ singer, who in his lifetime was described as a general in God’s army and took the gospel beyond the church.

In addition, Hypo has joined the train of sponsors for the awards and has endowed the Best Short Film Category. BON organisers reveal that Hypo will be giving the winner of that category funds to shoot a short film on hygiene.

Speaking on the latest developments, founder, BON Awards, Seun Oloketuyi stated that the fact that newer innovations are coming in this close to the awards is testament that this year’s edition will be bigger and better than previous editions.

“Sammie Okposo in his lifetime was a force, and he did a lot for the growth of gospel music in Nigeria and beyond. We are not a music award, but we feel the need to honour him in some way. This was what inspired us to rename the Best Soundtrack category after him. His loss will be felt by all and this is just a way to immortalize him.

Hypo’s endowment of the short film category is a really big one. Winning an award for something you have done well, and then getting funds to do it again is a feeling any producer would welcome and I am excited for the winner and winners in other categories.”

Oloketuyi noted that the host of the 2022 edition of the BON awards, Gov Hope Uzodinma has opened his doors wide for the entertainment industry, particularly the movie sector, to contribute to the financial growth of the state’s economy through tourism and complement the governor’s achievement in the state.

“This is the 14th edition and the second time this indigenous movie awards will be held in the Southeast. One of the reasons we decided to host the awards in Imo this year is because the history and story of Nollywood will not be complete without mentioning Imo State because there are lots of Imo indigenes who have done well in the industry.”

It will be remembered that the Gov. Uzodinma has restated his commitment to the entertainment industry revealing that Government will continue to support artistes to achieve their primary objectives. He further expressed his readiness to give maximum support to the Nigerian entertainment industry as well as make Imo state more conducive for ease of doing business for filmmakers.

The hosts for this edition are the duo of Lateef Adedimeji and Queen Nwokoye. 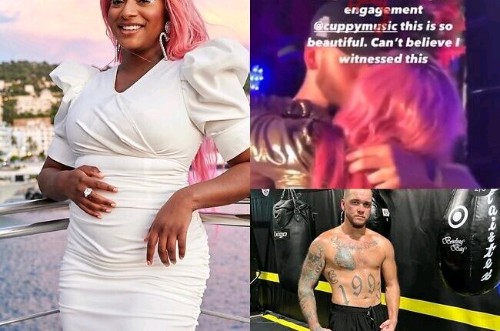 Popular Nigerian disk jockey, Florence Otedola, known professionally as DJ Cuppy is officially off the market after saying yes to the marriage proposal of a British boxer, Ryan Taylor.

In a now-viral video shared by Dammiedammie35 on Twitter, the daughter of Nigerian business mogul, Femi Otedola seemed to have been caught off guard when Ryan Taylor approached and went on his knees to ask for her hand in marriage.

The obviously excited DJ Cuppy said yes to the marriage proposal after which the couple shared a passionate hug and kiss while the DJ of the event played ‘Marry You’, a song by Bruno Mars in the background.

Some Nigerians have, as usual, taken to social media to react to the development.

A Twitter user @SirDavid bent tweeted, “DJ Cuppy ignored all the people trolling her about how old she was getting and still staying in her father’s house, and made her silent moves. She knew how controversial her relationship would have been if she brought it online. A very wise girl in my opinion. Congratulations.”

Another user, @ OlisaOsega , wrote “I just woke up and saw that DJ Cuppy is now engaged. This was someone who has always claimed to be single here. Lmao not everyone who tweets “God when” here is actually single. Some people are in a sweet relationship and are ‘God whening’ with you. Congratulations to Cuppy.”

DJ Cuppy is however not the first Otedola daughter to get an engagement ring this year. Her younger sister, Temi Otedola was earlier this year engaged to popular singer, Mr Eazi. 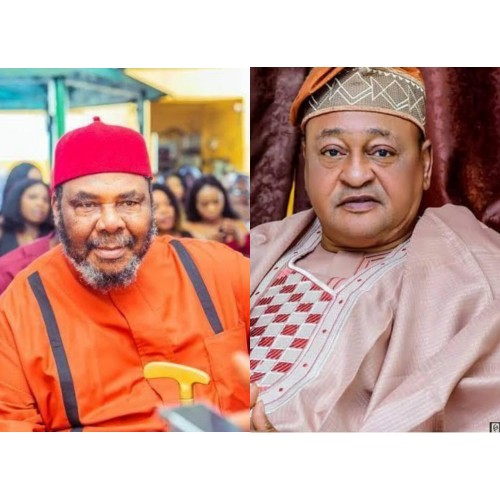 As preparations are being finalised for the 14th edition of one of Nigeria’s most prestigious film awards, Best Of Nollywood (BON) Awards, organisers have announced three Nollywood veterans as worthy recipients of the Special Recognition Awards.

The trio of Jide Kosoko, Ebele Okaro and Pete Edochie are lined up to be celebrated for their immense impact on the industry over the last three decades.

Prince Jide Kosoko, who attended Yaba College of Technology and majored in business administration, debuted as a young actor in a television show called Makanjuola. He has been in various Nollywood films in both English and Yoruba. Jide Kosoko has written and produced several of his own films and theatrical plays, including Ogun Ahoyaya. Kosoko rose to prominence during the video cinema period, appearing in Asewo To Re Mecca and Tunde Kelani’s Ti Oluwa Ni’Le, Part 2. The thespian produced his first film, Asiri Nla in 1992, but has gone on to produce several others and featuring as an influential actor in scores of movies.

Ebele Okaro, London-born, Enugu-raised actress began acting as a teen in Santa Maria Primary School and proceeded to Queen of the Holy Rosary Secondary School in Nsukka. Her passion for the dramatic arts stood her out and she switched programmes to earn a Bachelor’s degree in Theatre Arts from the University of Calabar. Following her graduation from university, Okaro completed her National Youth Service at the Nigerian Television Authority, where she appeared on television for the first time. After a stint at an embassy in Lagos and a bank, she returned to Nollywood. Okaro created and performed in the 2014 film Musical Whispers, which argues for compassionate care for autistic children. Ebele Okaro’s influence in the industry has earned her the moniker “Mama Nollywood”, dutifully respected by both fans and colleagues.

Pete Edochie is one veteran whose legendary personality has put him on such a pedestal only a few of the people in his class can attain. Pete began his artistry career as a radio broadcaster at the age of 20, as a junior programming assistant before being promoted to the position of director. He grew to become the managing director before leaving Anambra Broadcasting Service (ABS). Edochie’s big acting break can be traced back to his epic role in Things Fall Apart which earned him an international award. The BBC flew into Nigeria to interview him for that role and the master actor has gone on to feature in over 80 movies, earning all sorts of accolades in the last three decades.

Jide Kosoko, Ebele Okaro and Pete Edochie’s impacts both on and off screen are worthy of celebrations and such is with the Special Recognition to be conferred on them at this year’s BON Awards, holding on the 3rd of December in Owerri, the Imo State capital.

These thespians are also known to have influenced their children into starting a career in the industry, starting another progressive curve of rising stars of Nollywood. Jide Kosoko’s four children, Temilade, Sola, Bidemi, and Muyiwa, Pete Edochie’s son, Yul Edochie are brilliant fruits of the veterans in the industry.

These veterans join the eventual winners of the 30 categories of awards for a worthy celebration.

It can be recalled that the full nomination list for BON Awards 2022 was earlier released with the movie ‘Ayinla’ leading the nominations count.

Inside Ogun: 27-Yr-Old Yahoo Boy Beats Girlfriend To Death Over Money Paid Into Her Account