Al-Mustapha, who was only released from detention some months ago over allegation of being behind the death of Kudirat, the wife of Abiola, categorically said some Yoruba leaders, led by Chief Ayo Opadokun, knew what killed the alleged winner of the election.

Speaking in Kaduna on Monday, June 12 shortly after he met with stakeholders from the north and the south-easter, Al-Mustapha said the Yoruba leaders received bribe in dollars from killers of MKO Abiola.

According to Al-Mustapha, Opadokun led others to the Presidential Villa to meet Abiola’s killers, but came out laughing after receiving dollars, just a day after their leader (MKO) was killed.

The Nigerian Tribune reports that Al-Mustapha claimed he had a tape of how Opadokun and others collected bribe over Abiola’s death.

He added that he had since submitted a copy to a Lagos High Court, presided over by Justice Mojisola Dada.

“Chief Opadokun is someone I respect so much as an elder. But what came out in the newspaper is his own imagination and falsehood against me.

‘If you know my character, you will know that, I will not be scared to say the truth, it doest not matter who, it does not matter where, but you will later realise that I told you the truth.

“I initially didn’t want to reply him, but now that you have asked, I will tell you what happened. “When Abiola died, a day after, he (Opadokun) was invited to the presidency and he came to the villa alongside his friends.

“He came with anger into the villa. Those who killed Abiola invited him to the villa.
“At that material time, they came to fight the government, they wanted to set the country ablaze, considering the tone they came with. They went into the meeting, they came out laughing, yelling and gearing as if nothing happened in the country.

“A day after Abiola’s death if you remember, the country was on the verge of collapse. But seeing what was going on and the things around Abiola led me to suspect them, I had not handed over the villa to Abdulsalami Abubakar government then, so I decide to video tape what they were doing and I have the tape and I have tendered the tape before a court of law, before Justice Mojisola Dada of the Lagos High Court.

“In that tape, money exchanged hands and they traded with Abiola and that is my anger. The tape is in that court, anybody that wants to watch it can get it and watch, it is now a public document.

“I didn’t want to talk about it before, but money was brought from CBN in my presence and it was shared.

“So, if I talk about Abiola’s well-being and safety, and that of his family, I am telling Nigerians what really happened. Why should a person from the same southwest, who is supposed to protect Abiola’s interest, now be seen to be angry with me?

“He should be happy with for saying the fact, so that it will not happen again in Nigeria.

“Now, they have forgotten about Abiola but the moment I talk, they will come to the pages of newspapers and start insulting me, I didn’t want to respond to them, but since you have asked, I have to say this.

“All they have done is that they took money and the moment you talk about Abiola, you become their enemies and they will abuse you in the papers, that is what they are doing to me, but I don’t care.

“In Yoruba land where culture is the watch word, late MKO Abiola was the last Aare Ona Kakanfo and for a Yoruba man of Opadokun’s standing, going against Aare Ona Kakanfo, what is that thing, I tell you, it is dollars. Thank you very much, I will speak more on this much later God’s willing,” Al-Mustapha reportedly said.

What Ag. President Osinbajo Must Do To Prevent Looming Civil War —– Doyin Okupe

Evans Was So Generous, He Could Dash Out N1million, He Was Our Biggest Customer — Magodo Artisans 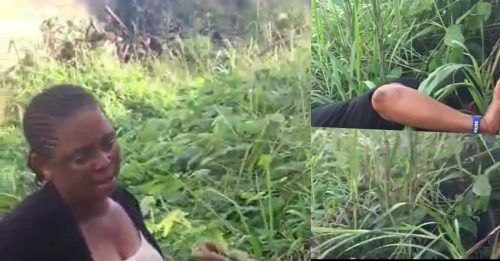 A yet-to-be-identified woman has been arrested by the National Agency for the Prohibition Of Trafficking in Persons (NAPTIP) after beating her maid to death in Anambra State.

It was gathered that the woman who confessed to the crime took NAPTIP officials to the bush where she buried the child.

Confessing the crime, the woman said she beat the deceased and as a result, she started convulsing.

Woman beats her maid to death then abandons the body in a bush in Anambra. pic.twitter.com/t2zMFZ2EIk

She took the maid to one Kings hospital but unfortunately, the maid died on getting there.

The woman then threw her body into a bush where she subsequently buried her.

“I beat her and she started convulsing so I took her to Kings (hospital). Getting there, she died, so I threw her body here.”, the woman confessed.

When NAPTIP officials got to the burial site, the child’s body was already decomposing.

The woman will be charged to court. 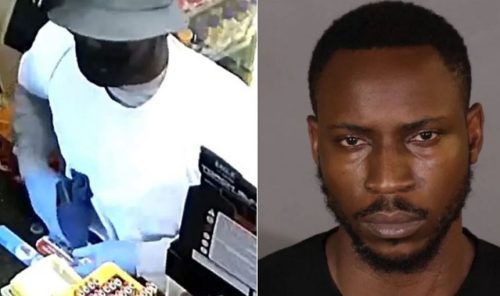 LAPD allegedly accused Onwuemelie, who was arrested on Wednesday, of 68 armed robberies that have gone down in the LA area since October 2021.

According to Fox News, Onwuemelie was dubbed “Blue Cloth Bandit” by LAPD in its press statement because he allegedly “used a blue cloth to cover the handgun used in the robberies that occurred at gas stations, 7-11s, and Walmarts.”

“The suspect would conceal himself by wearing different hats, a face mask, and rubber gloves. The same vehicle was used in many of the robberies, and the same suspect was linked to the robberies based on several factors.”

Blue Cloth Bandit’s last attempt happened on September 23, when detectives devised a strategy to use surveillance and serve a search warrant.

Surveillance footage released by the LAPD disclosed that the suspect appeared to acquire items at a store before he revealed his gun enclosed by a blue cloth.

He was also seen in the video wearing blue gloves and a hat that hid his face.

Police retrieved a firearm and other evidence from the scene of Onwuemelie’s latest alleged robbery linking him to the crime.

The suspect has been charged with 16 counts of a robbery that allegedly occurred within LA city limits, though officials expect the Los Angeles Sheriff’s Department to file additional charges for various other robberies that seemingly occurred within the county. 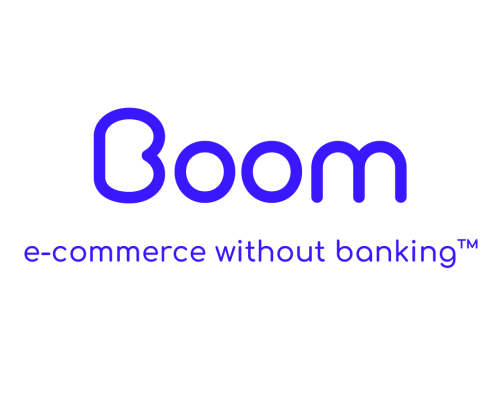 Boom is on a mission to enable financial inclusion for all Nigerians by taking its e-commerce without banking solution to the masses.

According to Mr. Peter Alfred-Adekeye, Boom Founder and CEO., the founder of Boom, the app is now live. ‘Our app, Boom that is a blockchain powered e-commerce without banking application, is now live and available to all Nigerians from the 1st of October 2022. The Boom application can be downloaded for free in both IOS and Android in the Apple Appstore and Google Play store respectively. Boom is available in Hausa, Igbo and Yoruba in addition to English, French and Spanish’.

In a signed statement by Brooksrock Media, Boom has four ecosystem that makes it such an important app for day-to-day life of a Nigerian. ‘Boom’s eco-system consist of the following:

Speaking further, Peter Alfred-Adekeye, Boom Founder and CEO.  assures all that Boom is safe to use as all users are required to go through, KYC before completing registeration, ‘To ensure compliance with local and international regulations, all Boom users must go through KYC at signup, by taking a selfie with either a Government-issued identity card, driver’s license or passport after which their Boom account is activated’.

There are no fees of any kind on all transactions within Boom, and neither are there any advertising.

Boom’s native utility digital token that transmits value between transacting parties within the Boom ecosystem is the Multicoin (MTCN). It is an ERC-20 token that resides within the Ethereum blockchain. The Multicoin processes all transactions within Boom by automatically converting fiat currencies between transacting parties. This way, a merchant or consumer in Nigeria can purchase goods and services internationally by simply converting the Naira into Multicoins via Boom certified resellers nationwide. On Boom, everybody can be a Multicoin reseller.

“Thanks to Boom, financial inclusion for all Nigerians and all Africans, is now a reality” states Peter Alfred-Adekeye, Boom Founder and CEO.

Boom can be downloaded in the app stores by searching for “Boom commerce” or via the links below:

Our mission at Boom is to provide the world’s 1.7 billion unbanked consumers, as well as those seeking a safe alternative to traditional commerce, with the unprecedented ability to buy, sell and pay for everything online without a bank account, fostering financial and business inclusion for all, thanks to the power of blockchain and a native token called the Multicoin (MTCN). To ensure a safe and secure ecosystem, all users on Boom are KYC’d at signup. Boom is maintained by Boom Foundation.